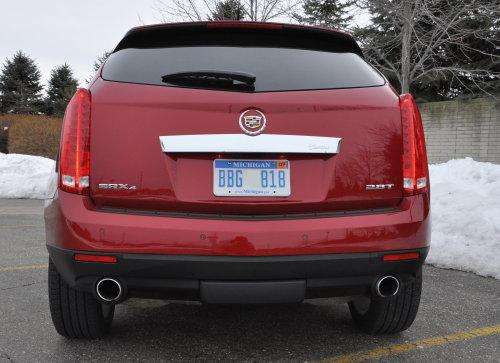 Most of us are familiar with the intersection-mounted cameras used to ticket those who dangerously careen through red lights or simply monitor traffic flow for computerized systems. In Charleston, local police are using intersection-mounted cameras to create a database of vehicles and license plates and fielding cruisers with scanners that read every plate passing by.
Advertisement

According to a report filed by the Charleston Post and Courier, the constabulary has amassed a database of over 11 million images.

When searching for a killer last January, authorities there were able to provide a photograph of a white van and plate to the media of the suspect’s vehicle taken over 7 months before.

More routinely the system is used to interdict stolen vehicles. Just last week an officer in a plate-scanning cruiser was able to stop a stolen van, arrest two people and return the vehicle to its rightful owner.

The technology was spawned in 2003 as part of Operation Sea Hawk, in which federal agencies cooperated with state and local authorities to investigate alleged threats to the Port of Charleston.

Fast forward to May 2007, when Sea Hawk, along with the South Carolina Research Authority, instituted an Automated License Plate Recognition (ALPR) program. Two stationary cameras were placed – in North Charleston and in Charleston proper. Federal grants were made to agencies in the state to install video scanners in vehicles.

Multiple images of the same vehicle are eventually purged over an unspecified period of time.
In 2009, the oversight of the Sea Hawk program was handed over to South Carolina’s State Law Enforcement Division (SLED), directed by Reggie Lloyd.

"SLED is the repository in the sense that it runs through our system," Lloyd is quoted as saying in the article by David MacDougall. "Today, we have developed an interface that will enable the agencies to compare to the NCIC FBI database."

There a numerous firms involved in the production of ALPR programs and cameras, but the one in Charleston is at least partly the work of NDI Technologies.

SLED has arranged for the storage of the images and is responsible for maintaining the system and interface that allows other agencies to share the data.

The system is even capable of rapidly finding likely matches when only a partial plate number is known.

The Charleston Police Department is delighted with what they consider an excellent apprehension tool and we’re pleased it will help many people get their absconded automobiles back – but there is a troubling potential for abuse in all such systems.

It always comes down to who is watching the watchers, doesn't it?