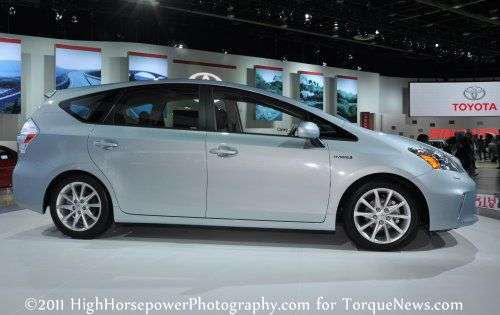 Japanese auto production has fallen to only 35 percent of their former output as a result of the Tohuko earthquake and tsunami, according to IHS Automotive Insight. Still the situation in Libya has an impact as well. "It's volatility that really drives people to smaller cars," said Aaron Bragman, an analyst for the auto authority.
Advertisement

“If you're in the market for a new car, but especially if you're looking at a fuel-efficient Japanese model, experts say you're better off buying now because prices will only get higher in coming weeks as the effects of the earthquake in Japan and the unrest in Libya and the Middle East start to be felt,” wrote journalist Peter Valdes-Dapena, on CNN Money today.

So far, these events have not impacted the market in the U.S. greatly as there were already inventories on hand and more had been shipped before the earthquake and armed conflict hit the headlines.

To a large extent, Japanese cars sold in the U.S. are built here, but as the automotive industry uses more and more second and third party suppliers, even some Big Three models will be affected by the production lag in Japan, where auxiliary parts are built.

General Motors Co has closed a plant in Louisiana making Canyon and Colorado pickups, plus a plant near Buffalo, New York, producing engines for those models.

“It could take seven weeks of full production with overtime at a (plant) to compensate for one week of lost production volume – if all components are available and volume is not lost due to demand decline,” HIS reported.

Loss of production in the Japanese plants will be exacerbated by shortcomings in power, water and sewage facilities plus conditions of roads, railways and ports.

“Normal production at Japan’s auto makers studied is 37,217 per day, led by Toyota Motor Corp, which accounts for almost 44 per cent of total Japanese output, followed by Nissan Motor Co Ltd at about 12 per cent.” wrote Bernie Woodall on CTV News yesterday.

"We haven't seen the biggest climb yet for most cars," said Jesse Toprak, an auto sales analyst for the auto-pricing site Truecar.com. “Price increases will begin later this week and continue through April.”

“Then there is simple supply-and-demand. Prices for well-regarded new domestic or Korean compact models will likely also rise as more customers turn to them in lieu of hard-to-find Japanese competitors,” Bragman added.

The tragedy in Japan comes on the heels of demand-driven price increases on the most popular high-mileage autos produced there. A shortened supply will tend to raise the value of these cars even more, as gas prices continue to move buyers towards smaller cars.

The just reported petroleum goop washing up on the Louisiana coast once again, from an as yet undetermined source, could have the effect of building interest in hybrid and electric cars as well.

The Bottom Line:
If you need a more fuel-efficient vehicle, make your move soon – multiple forces are at work to raise both the costs and rewards of fuel economy.