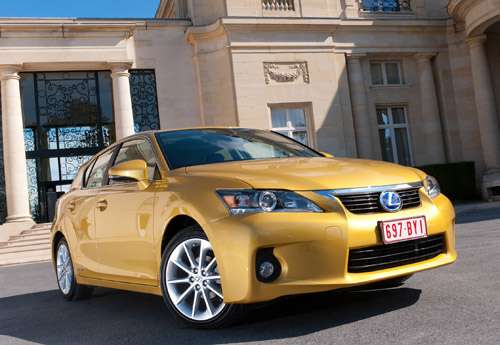 Another look at the case for the Electric Vehicle in America

Not everyone thinks the Advanced Vehicle Manufacturing Project (AVMP) is a good idea, but it would seem there are some malcontents in our institutions who would vote down sliced bread, arguing that it takes away the individual's liberty to decide how thick one’s slices of bread should be.
Advertisement

One such example is the Washington Post’s pessimistic assessment of the program, its impact on the economy and chances for returning anything for the investment of the American taxpayer.

Joe Romm, in a rebuttal to the Post article about the AVMP, states unequivocally, “We need to maintain investments in this program to stay globally competitive in the thriving advanced vehicles industry and build a market for clean cars that reduces our dependence on costly oil imports.”

Writing for thinkprogress.org, Romm is a Fellow at American Progress and is the editor of Climate Progress, which New York Times columnist Tom Friedman called "the indispensable blog" and Time magazine named one of the 25 Best Blogs of 2010.

This bill was signed into law not by Barack Obama, but by George W. Bush and provides direct loans towards the production of advanced, efficient vehicles and collateral components like lithium ion batteries. Its intent was to help U.S. auto manufacturers to produce significantly cleaner cars. So far, Nearly 42,000 jobs have been created in 11 states from the $5.4 billion in direct loans the Department of Energy has granted to six various companies under the program.

These loans tend to attract further private investment as in the case of Tesla, whose grant of $465 million resulted in another $620 million from investors.
Contrary to what the Post says, the program is already having positive impacts, which will only snowball as the higher CAFE requirements kick in. Already these grants are improving America’s stake in the production of lithium ion batteries, formerly a market completely in the grasp of Asian firms.

Don’t look now, but they already have. As automotive sales build back towards the levels set before the Lehman Shock, the growth areas in the market have been both in the luxury and high mileage segments.

While hybrids, plug-ins and electric vehicles are improving and developing rapidly, the improvements in the efficiency of gasoline engines are staggering. For example, the new Ford Escape essentially gets such a good efficiency rating with its two EcoStar four-cylinder engines, they are no long bothering with a hybrid version. Gas engines are achieving efficiency levels in an SUV it took hybrid technology to produce just 5 years ago.

Almost daily on Torque News you will read about the aerodynamic improvements in this model or that, the weight reduction manufacturers globally are accomplishing, and even how 70 percent of the BMWs built in South Carolina are for export.

The simple fact is these changes have not been legislated, but rather the legislation, including the American Recovery and Reinvestment Act (ARRA), follows the course of world progress.

Ford, who will eventually bring hybrid technology to the forthcoming C-Max, has in the past imported most of its batteries from South Korea-based Compact Power, Inc. Thanks to a ARRA grant, they now buy batteries from Johnson Controls Inc., an advanced battery manufacturer in Michigan awarded a $299 million grant, creating 3,000 jobs as a direct result.

Similarly when General Motors and Nissan were requesting battery bids for the plug-in hybrid Volt and all electric Leaf, suppliers like A123, a Massachusetts manufacturer of lithium ion batteries, lost out because they lacked proven production capacity. Over the last two years, A123 has demonstrated its manufacturing capabilities, producing a lithium battery with a longer lifespan than the competition.

Many scoff at President Obama’s goal of putting a million electric cars on our roads by 2015 – we do have a long way to go with only 16,000 sold so far. If we greatly reduce our consumption of oil, with the discovery of huge reserves in North Dakota and Colorado, the U.S. could conceivably become an oil exporting country.

Think what that could do for the U.S. economy and then try to tell us this move to less conspicuous consumption is a bad idea.