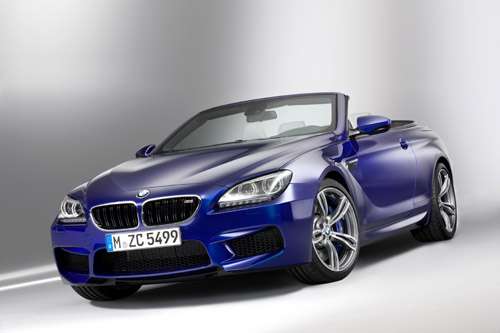 From its inception in 1987, the BMW M6 automobile is just now attaining its third generation with the announcement of the 2013 coupe and convertible coming to US showrooms in June this year.
Advertisement

The connotation of the word “generation” has evolved as software, products and automobiles are reinvented and reissued on an ever-quickening periodic basis. Many automotive models are updated and refreshed every four to seven years. With the current speed of technological innovation, a vehicle can fall behind the curve in just two or three years.

Interestingly, BMW says it first used the M6 badge in 1987, but apparently they mean in Europe as the M6 badge was used in the U.S. since the model came out in 1983. The first generation of the European designated M635CSi was built from 1983 to 1989.

Then 16 years passed before the BMW M6 model would be fabricated again. The second generation of the BMW M6 was produced from 2005 to 2010, however the 500 horsepower V10 sports car remained largely unchanged from the 2006 model year.

So with a six-year hiatus since the last generation, given the rate at which BMW has been progressing on a technological level, the 2013 BMW M6 could easily represent a quantum leap in the evolution of its lineage.

Though currently no pricing, technical specs, EPA ratings, or equipment lists are available be assured it is high-performance sports cars with the pedigree for the track yet refined enough for day-to-day use. Of course, up to date innovations mean the M6 will have many new features along with improved fuel efficiency.

The four-seat coupe and convertible will share the most powerful engine (with only 8 cylinders) ever couched in a production model from BMW Gmbh, coupled to a high-torque 7-speed M-Double Clutch transmission and an Active M Differential optimizing power distribution between the rear wheels.

To match the 4.4 second zero to 60 time of the previous model, engineers started with the BMW M V8 engine used in the BMW X5 M - X6 M and enhanced for placement in M5 and M6 models. This engine draws upon M Twin Power technology and a reverse flow V8 layout to produce 10 percent more power than the V10 along with 30 percent greater torque. Simultaneously, the powerplant gets better fuel consumption and lessened CO2 by an estimated 30 percent. The result of this combination is rapid, aggressive throttle response, and high-rev torque throughout the tachometer range – read what you’ve come to expect from the brand, but expect a bit more of it.

The 2013 BMW M6’s dual twin-scroll turbochargers run between the V-cylinder banks in a reverse flow layout, resulting in a compact design with intake outboard and exhaust inboard – a reverse layout to conventional V-engines. The reduces the lengths and diameters of intake and exhaust tracts cutting pressure losses. Another advantage is the shortened distance between combustion chambers and the catalytic converters creating a quicker warm-up when started thus reducing emissions.

Four manifold outlets are fed into each of four scrolls in the two twin-scroll turbochargers, leading exhaust pulses back to the turbine minus interference from the other scroll, each fed by other cylinders in the combustion process. Dividing the gases thus results in higher velocity, enhancing the turbocharger’s response and reducing lag. That means a shortened gap between driver input and engine response, something that can be somewhat annoying with some turbos.

The new engine also features larger intake runners, bigger air to liquid intercoolers plus a tuned exhaust that creates quicker engine output than ever before.

A lot more information is available so watch for part two on the remarkable 2013 BMW M6 Coupe and Convertible momentarily.