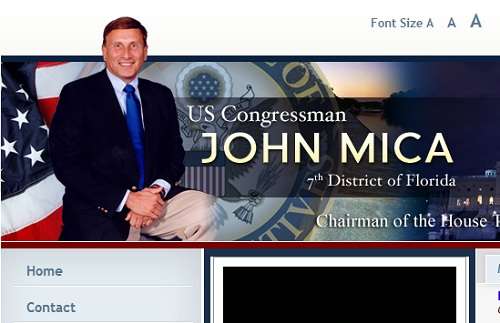 The American Highway Users Alliance is an activist group representing motorists, RV enthusiasts, truckers, bus companies, motorcyclists along with a broad cross-section of businesses depending on safe, efficient highways.

"Faced with tight funding constraints from the House's conservative budget resolution, Mica has been forced to make tough funding decisions, stated Greg Cohen, AHUA president & CEO. “We wish highway funding levels were higher, but we think it's important that, rather than cut all programs equally, he took a courageous step in saying 'No' to many of the special interest groups that wanted to hold the money in Washington or mandate wasteful diversions.

"By eliminating earmarks for Members of Congress and the Obama Administration, funding in the bill will be distributed more quickly to States as part of a new 'performance-based' transportation program. By expediting project delivery, life-saving, economically critical highway projects won't be stuck on the drawing board for decades."

"We are very pleased that Mica is sparing life-saving safety programs from cuts and that the National Highway System (NHS) will be among the highest construction priorities," he added.

The NHS makes up only 4% of America's roads but carries 40% of all traffic, including 75% of heavy truck traffic and 90% of tourist traffic. In many ways, the NHS, which includes the Interstate system, is America's economic lifeline.

"We also look forward to the imminent release of the bipartisan Senate bill, which we hope will also include many of the same reforms and a higher investment level," Cohen concluded.