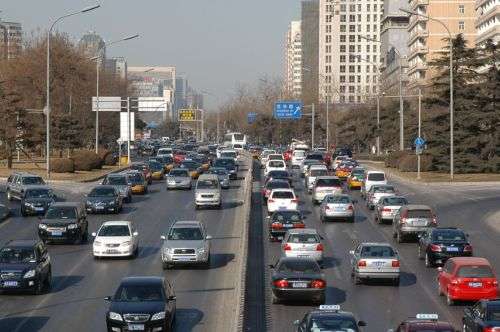 America is back on the road to GRIDLOCK

In the worst roadways in the country, commuters spend one month of every year in traffic. Los Angeles, for example, is the worst place to commute anywhere in the U.S. or EUROPE! Worse than Rome – worse than Paris!
Advertisement

INRIX®, an independent provider of traffic and navigation information, today released the 4th Annual INRIX National Traffic Scorecard. Their research shows gridlock and longer commute times are returning to America's roads and highways. Congestion consistently got worse for 11 months of 2010 and many drivers experienced increasing traffic density virtually on a daily basis.

"America is back on the road to gridlock," said Bryan Mistele, INRIX president and CEO. "Population growth, combined with increases in interstate commerce spurred by economic recovery, are fueling these increases. With only 150,000 new jobs created in our nation's urban centers last year, we can expect even worse gridlock when the 6 million jobs lost in the recession return to the nation's cities."

Just imagine how much worse it could be if unemployment were under 4 percent. There are literally millions of people who are not on the roads simply because they cannot afford to be.

Over 70 our of 100 major U.S. cities are experiencing a 10 percent increase in drive times and burgeoning congestion. Nine cities have already surpassed their pre-recession peak in 2007.

In these cities, travel times on Thursday or Friday afternoons has increased from 29 to 71 percent in one year.

These cities account for over half the nation's traffic congestion with all except Chicago experiencing modest increases in congestion during 2010. In New York, San Francisco and Philadelphia, the increases were almost 20 percent due to rebounds in technology, healthcare, manufacturing, freight and other services.

Comparing U.S. and European cities, the Los Angeles freeway system is more crowded than any other city in the U.S., U.K., France, Germany, Belgium or the Netherlands.

If you happen to drive any of the Top 10 Worst Corridors during rush hour you probably spend more than one month per year or 4 workweeks stuck in traffic. You could actually ride a bike faster than you can drive to work.