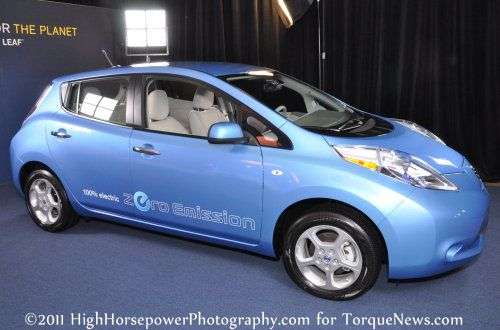 The Orlando headquarters of AAA today released its biennial list of top picks for new vehicle technology. Analysis by automotive experts at the nation's largest motor club identified a variety of technologies that improve safety, increase performance and reduce the environmental impact of some new models.
Advertisement

"Every model year, automakers find new ways to employ technology in their vehicles to enhance the driving experience," said John Nielsen, AAA National director of Auto Repair and Buying Services. "While many of the innovations continue to focus on safety and performance, we're also seeing more new technologies that address the environmental impact of the vehicles we drive, which is evident in this year's list."

“AAA’s experts warn not every new vehicle technology necessarily has a positive effect on function or safety. "Many technologies can distract drivers who end up multi-tasking behind the wheel, which takes their focus off the primary task at hand—safely driving their car," Nielsen said.

This year's top picks for new vehicle technology include:

All-Electric Vehicles – While many automakers have electric vehicles in the works, the Nissan Leaf was the first to market from a major car brand. With a 100-mile range, AAA believes the Leaf is a viable option for many commuters. They report it handles well, has a well-designed interior, and based on a cents per mile basis, costs less than half as much as gasoline in fuel-efficient cars.

Plug-In Hybrids – They provide the benefits of an electric car, with the same driving range as a conventional vehicle. For example, the Chevrolet Volt and soon-to-arrive, plug-in Toyota Prius operate in all-electric mode for a limited local range, after which a small gasoline engine either powers the vehicle or recharges the battery while moving.

Turbocharging and Supercharging – Systems long associated with performance can now produce enhanced fuel economy. Turbochargers and superchargers allow for smaller engines that burn less fuel during normal driving, while still offer the performance of a larger engine for passing or merging. Ford's EcoBoost engines are an example of this technology, recently introduced into its F-150 models.

Inflatable Rear Seatbelts – Both Ford and Mercedes-Benz are working with this technology bringing a large measure of protection to those who are buckled up in the rear. In a crash, the seatbelts inflate, spreading the force of the impact over a larger area of the body, greatly reducing injuries.

Start-Stop Technology – Start-stop technology is making its debut in America via Mazda's i-stop feature. The technology shuts off the engine when the car is at a stop, and instantly restarts it when the driver takes his foot off the brake pedal. Widespread application has the potential to save energy in non-hybrid vehicles, particularly in urban areas.

Enhanced Stability Control/Rollover Protection – Introduced in the 2011 Ford Explorer, curve control senses when a driver has entered a turn too quickly which can cause a crash, especially in vehicles with high centers of gravity. Curve control backs off the throttle and, if more assistance is needed, applies the brakes. Ford claims the system can reduce vehicle speed by 10 mph in just one second to help the driver maintain control in a curve.

Diesel Engines – Modern diesel engines are clean, quiet, refined and powerful. They also are economical, often providing a 30 percent boost in fuel economy with a corresponding decline in carbon dioxide emissions compared to gasoline engines. Some top performers in this area include Volkswagen models with TDI diesel engines, and Mercedes-Benz vehicles with BlueTEC diesel power plants.

Alternator Recharging Programs – Toyota and BMW limit the time the alternator recharges the battery to higher engine speeds and/or when the car is slowing down. The outcome for the driver is improved performance of engine while idling and better fuel economy.