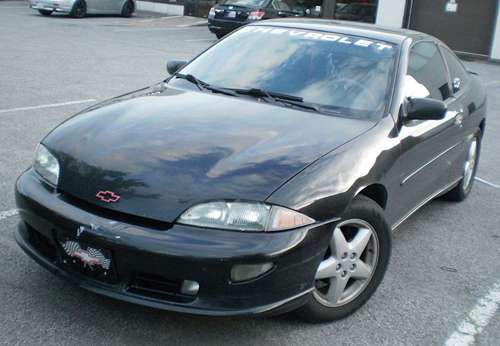 They rarely look to for the truth about anything, but Rob Sass may have nailed it with a list of five vehicles it will be extraordinary to see on the streets even five years from now.
Advertisement

The cars in question tend to share safety issues along with a tendency to have simply outlived their usefulness in the modern world.

First is the Chevrolet Cavalier (1995 to 2005)
This vehicle is as already as rarely seen as the black-tufted lynx – the third generation of the Chevy compact was as well known for its poor fit and finish as it was for an awful safety rating.

The Cavalier would crumple and fold in a collision like laundry left in the dryer too long. With this design, Chevrolet earned the dubious distinction of causing the most fatalities of any vehicle on the road.

It took the Chevy Volt to make good karma of this travesty.

Second the Dodge/Plymouth Neon (1995 to 1999)
Though we are somewhat amazed when we see one of these relics of the Bob Lutz era at Chrysler on the street, a few of them are still running despite their tendency to blow a gasket at 60,000 miles.

Despite the brand’s efforts to keep the small cars on the road, the ones still running are sure to fail within the next five years.

Third the Ford Escort and Mercury Tracer (1997-2002)
It wasn’t that long ago that any attempt by Detroit to build a small car was a disaster until things like the Focus and Fiesta came along. Escorts and Tracers were an insult to the American buyer.

Notably most of these cars now have living wills expressly forbidding any effort to revive these pariahs and extend their lifespans. The vehicles were Mexican built when most people thought Fords were American cars.

Fourth the venerable Plymouth Voyager/Dodge Caravan (1984-90)
The Chrysler Auto Group may have invented the minivan, but the first examples are true dinosaurs of the automotive age. Victims of cheap paint, exasperating rust and explosive transmissions, these vehicles are living on borrowed time.

They have been replaced by much more serviceable crossovers and the days of these antiques are severely numbered. Few of these family box transports will still be around in five years.

Fifth the Ford Contour (1995-2000)
We can’t even remember the Ford Contour, another vehicle that simply could not compete in the safety arena. It was meant to be the American version of the European Ford Mondeo, but it simply never measured up to its cousin from across the pond.

The Big Three are all building better vehicles now, and it is simply time for the Dodos of yesterday to go the way of their ill-equipped ancestors.