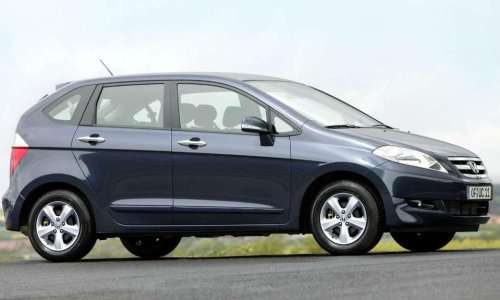 The 10 most unlucky makes & models on the market

It’s a simple fact – some makes and models of vehicles report a higher percentage of accidents and insurance claims than others. While these rarely are caused by mechanical breakdown, if you’re thinking about purchasing one of these it might be a good idea to examine your driving habits – the statistics really say more about the drivers than the vehicles.
Advertisement

They have just released a report, compiled over a 12-month period, detailing the most accident involved makes and models in the UK. Some of the results are startling.

The Honda FR-V six-seater, bought by 2,529 drivers, filed 466 accident claims over a 5-year period – totaling 18.4 percent, or nearly one in five involved in collision claims.

The second most unlucky model comes from a manufacturer known for building some of the safest cars available – Volvo's XC90. Of 3,886 drivers referred through Confused.com, 619 made claims for accidents - a rate of 15.9 per cent.

Rounding out the top 10 vehicles for claims were the Honda Jazz and CR-V models, Volkswagen Touran, the Hyundai Santa Fe, the Toyota RAV4 and the Mazda 3. Each had a rate of about one accident claim for every seven vehicles insured through insurance inquiries and referrals on the Confused.com site.

The luckiest makes and models

Apparently the safest car or the model that attracts the most conscientious drivers was the Mazda 2 TS TD - out of a total of 1,076 owners, only nine accident claims were recorded over the last five years. That’s a rate of less than one in 100 or under 1 percent.

Also hovering around the 1 per cent claims-rate mark were Nissan's Skyline, the Ford Focus RS and the Fiat Cinquecento.

"Car accidents are rarely a result of mechanical failures: they are more often caused by human error or just bad fortune,” said Gareth Kloet, a spokesman for the company. “It could be that drivers of this model happen to be more careless or reckless than other motorists. Or it could simply be that this group of road users has been particularly unlucky in the period when the data was collected."

Confused.com's statistics are taken from their own database of owners and insurers and the company stresses the fact a car appearing to have a high rate of claims does not mean it is inherently more dangerous than others. Further, the collected information of other companies might differ from these results.

For Some Former Daimler Managers Daimler Is Authority, While Tesla Is Like a Startup
How Daimler Unintentionally Subsidizes Tesla Giga Berlin
END_OF_DOCUMENT_TOKEN_TO_BE_REPLACED