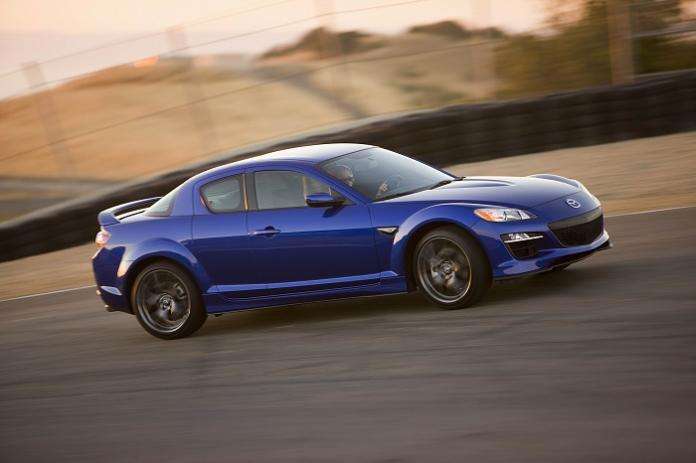 If you’re going to joyride in a Mazda RX-8, maybe make sure you aren’t being watched?
Advertisement

A British man learned that lesson the hard way after the owner caught him taking his car for a spin when it was in for a routine airbag recall.

The owner, Iain Inglis, had his car picked up from his home and then dropped back off after the repairs were complete. He checked his dashcam and found footage of one of the shop’s worker’s redlining the rotary-powered RX-8 while passing slower traffic. The joyrider was also blasting dance music from the car’s stereo system at a high volume, according to The Sun.

Additionally, the owner says he could hear a comment on the video about “raggin’ it.” The comment was supposedly spoken by one of the garage workers.

Inglis, for his part, is asking for free service that goes above and beyond a compensation package he initially negotiated. “Once I had shown the footage to the general manager he apologized and offered a free service,” Inglis said. “In the end we agreed on four wheels refurbished, full fluid change, excluding oil, and a Mazda used car warranty. The car also had a compression test to see if the engine had been damaged. The compression was below Mazda’s stated limits, but they are refusing to carry out any engine work.”

That last bit matters, because Inglis wants to sell the car he bought used. He wanted to get £2,500 for it, but he now estimates it’s worth £1,000 less.

The dealership claims that the car is fine. “During the investigation, we carried out a number of tests on the engine which all failed to highlight any damage to the engine when compared to tests prior to the event,” the dealer said.

Whether the owner is overreacting here or not, well, you’ll have to watch the video here and judge for yourself. We’d say it is normal to occasionally floor the pedal to pass, but constant jaunts above the redline for no apparent reason seem unnecessary.