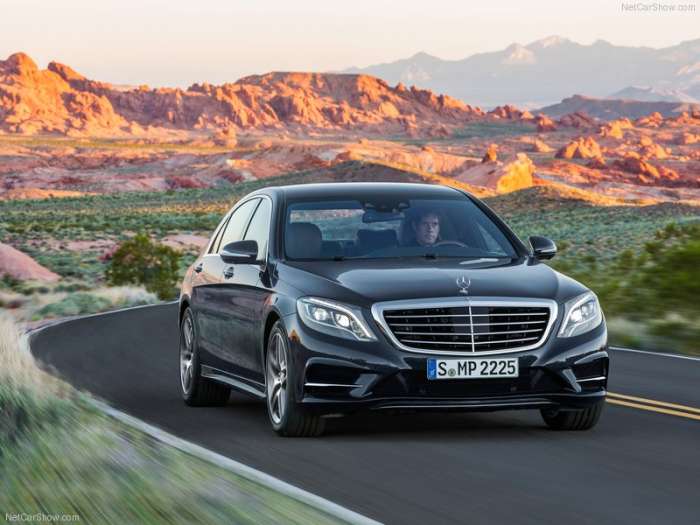 The Mercedes S-Class is already a tech-laden luxury flagship. But when the updates S-Class is released later this year, it's going to make the previous version feel old and outdated.
Advertisement

If you’re looking for a full-size luxury sedan, you’re going to have a hard time doing better than the current Mercedes-Benz S-Class. Even the BMW 7 Series struggles to compete with the level of luxury and technology you get in even a base-model S-Class. But current owners may soon feel like their cars are yesterday’s news.

The Drive reports that the refreshed S-Class, which is set to be released later this year, will offer more than a slight update. Instead, Mercedes reportedly plans to pack in as much autonomous technology as it can, making a huge leap ahead of the current model.

Self-driving technology is still not to the point where it can be released to the public, but expect the driver-assistance features in the 2018 S-Class to feel pretty close to that in a few situations. The adaptive cruise control, for example, will be able to change speed based on how sharp the curve (or highway off-ramp) is.

Mercedes claims the updated system will also be able to read road signs and adjust its speed accordingly. And when it comes time to change lanes, the system will be able to handle that for drivers, as well. Not only is that convenient for S-Class owners, it’s also one more thing Tesla owners can no longer brag about having.

One of the most fascinating new features, however, will be the vehicle-to-vehicle communication technology that Mercedes plans to offer. Already available in the E-Class, it allows cars to share data with each other. At the moment, it will likely have limited applications, but as more cars adopt the technology, V2V communication should make autonomous driving significantly safer.

The updated S-Class will also get a few other features like automatic emergency braking, the ability to use adaptive cruise control in stop-and-go traffic, and remote parking.

The Effect of New Technology

Personally, I appreciate the fact that Mercedes is focusing on technology that provides a real benefit to owners. Yes, it’s kind of cool that the BMW 7 Series offers gesture controls, but even when it works, it’s not like there’s a need for that technology. And considering that a lot of this technology is already available on the new E-Class, it makes sense that Mercedes would add it to the S-Class.

The question is, though, with an update just around the corner, will it be enough to make potential buyers postpone their purchases? It’s possible. Then again, that happens with any refresh.