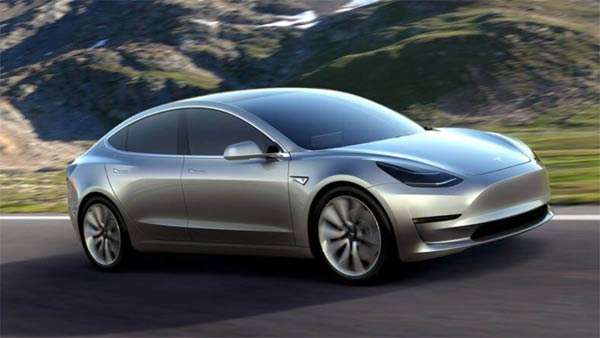 Tesla Praised As The 'Most American Made Car'

Tesla are used to praise for their inroads into the EV market, but now it seems they could be getting the price for the 'Most American Made Car' with the upcoming Model 3 to have 95% of its parts produced in the US.
Advertisement

According to the Kogod School of Business at American University, Washington, DC, in their Made in America Auto Index, Tesla vehicles will be topping the charts for the most American-made vehicle which is based on the amount of parts produced in the US and how much of the research and development was U.S. based. The vehicles that are currently hitting the top of the charts with 90% are the Buick Enclave, Chevrolet Traverse, GMC Acadia, with the Ford F150 at 85% and the Chevrolet Corvette at 83%.

Once Tesla, who are currently ranking 12th with the Jeep grand Cherokee, start adding their 2170 batteries to all their vehicles they will become 95% all American made products, topping the rest of the competition. Much of the raw materials needed to make Tesla vehicles are also planned to be sourced in the US and with a ramp up of production at their Gigafactory, Tesla are looking like the next all-American home-grown talent. Having such a huge factory that is US based is also a boon for the local job economy, which even in itself is a pertinent point for the company. Donald Trump is also giving incentives for U.S.-based automotive manufacturer, which should also increase future US home-grown investment and jobs along the way. This, along with Tesla CEO Elon Musk being part of the Strategic and Policy Forum for Donald Trump's presidency, means Tesla should have a strong foot holding in the future US automotive economy in the years to come.

Tesla's link with Panasonic for making their battery cells will also extend in the future to their autonomous driving technologies, which will not only help at home, but also overseas with sales and RD. Development of sensor technology, such as the organic photoconductive film CMOS image sensors which will enable sensing at high speed of moving objects, will help push technological boundaries at home and help push the Tesla brand into other markets. The linkup also aims to work on things like cockpit displays and navigation technologies, along with solar developments. The aim is to hit $17.43 billion in sales up to March 2019.

To many owning a vehicle that was domestically designed and researched and built by domestic employees is a satisfying proposition which may not be the deciding factor on the car, but does take pride of place in the decision process. If Tesla can carry on building on home spun talent, then the future EV market in the US may be just the boost needed to make the US the EV capital of the world. Exciting times ahead.....