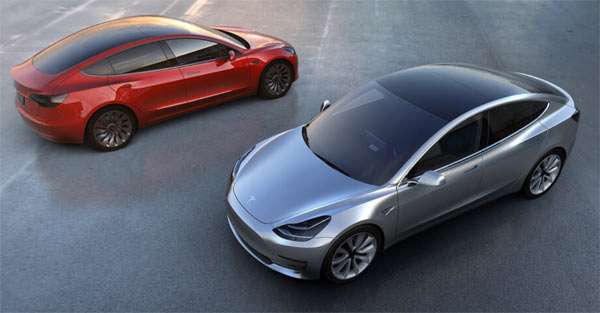 Why Tesla Motor's 2017 Looks Like Their Best Year Yet

Tesla Motors have come a long way in 2016 with new models announced, becoming an energy company, acquisition of SolarCity for solar technology and the rapid progress of their Gigafactory, 2017 plans to push the company even further.
Advertisement

Anybody with the slightest interest in Tesla Motors will have seen them throughout 2016 start to flex their muscles with the whole gamut of EV technology, with a planned 80,000 vehicles sold by the end of the year and with 2017 looming the foundations set in 2016 should be pushed even further. The main focus in 2017 will be the Model 3 which will see the company taking their EV vehicles to the mass-market. The model 3 is planned for release in late 2017, around $35,000 and should have a range of 200 miles with its base model. The Model X had its delays and hiccups, but the Model 3 should benefit from an easier build and a better infrastructure when finally released. There is already 400,000 pre ordered Model 3s with each customer having laid down $1000 as a deposit.

To power all those vehicles Tesla's supercharger network has to also expand. 2016 saw free access to new owners of Tesla vehicles disappear for superchargers with the idea of long distance recharging being the future norm and home charging for regular use. Tesla is expected to expand their worldwide network of superchargers and cut down on range anxiety for all owners.

Expansion plans
Tesla will continue to expand throughout 2017 and one of their big markets will be China. Tesla have to currently import all their vehicles, which means the only way forward is to manufacturer their vehicles locally, which means joining forces with a Chinese company. They also set to expand their supercharger network dramatically throughout China in 2017.

In a bid to hit vertical integration, meaning to manufacture everything that goes into one of Tesla's products, the company will build in far more automation to their processes and basically aimed to make everything under one roof. This is a departure from current automakers who usually rely on many other parts manufacturers to build their products. This will probably roll out at their current California plant along with the future Gigafactory.

The acquisition of SolarCity in 2016 will see a release of a solar roof which will turn a house roof into a huge solar panel. This will likely feed into Tesla's other future products and sell directly rather than lease solar solutions. Auto pilot and self driving will also be a major talking point for Tesla and the Model 3 in 2017. Software updates came throughout 2016 for autopilot, but now it's time for the hardware to be pushed forward. The 'Hardware 2' is now being installed in Tesla vehicles, with the future Model 3 having full integration.

Give me the money
With such a vigorous expansion plan, Musk originally said that they didn't need to raise new capital in 2016, but acquisitions such as SolarCity and their debts could change that in 2017. The timely launch of the Model 3 will be needed to keep Tesla on track, along with confidence in their stock prices. By 2018 the company will be vastly larger than it is today, so credit agreements such as recent ones will expect to continue and go on and increase. Musk has also joined Donald Trump's business Council, but if this helps push federal incentives supporting electric vehicles remains to be seen.

The new stuff
The original Roaster from Tesla may also get a new fresh design in 2017, with possible designs coming out later in the year. This will mean a full on sports vehicle to add to their lineup and maybe even a Model 3 crossover, possibly called the 'Model Y.' The current Model 3 platform is built to integrate other vehicles designs, so it's not a stretch to expect by the time of the model 3 launch a crossover model or even some type of utility vehicle. That should cover the Sedan, sports and utility market just fine. In the near future, if they can dream it up, any vehicles within reason could probably be built on the model 3 platform. A Tesla monster truck???

The original master plan from Tesla seems to be hitting fruition and with the release of the Model 3 for the mass market at a mass market price, 2017 could be Tesla's best year as yet.