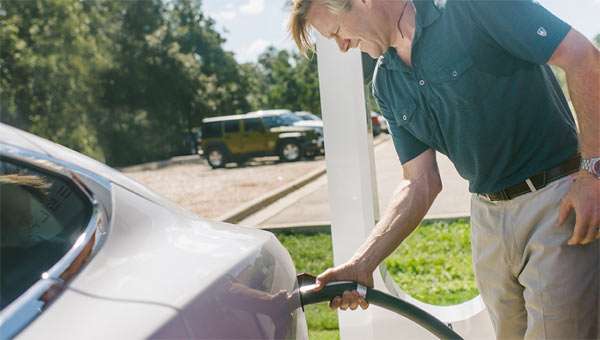 If you want unlimited use of Tesla's supercharger network, you now have another two weeks to order a new vehicle as the deadline has been extended until 15th January 2017.
Advertisement

The original deadline date was going to be December 31, 2016, which was announced in November, 'For Teslas ordered after January 1, 2017, 400 kWh of free Supercharging credits (roughly 1,000 miles) will be included annually so that all owners can continue to enjoy free Supercharging during travel. Beyond that, there will be a small fee to Supercharge which will be charged incrementally and cost less than the price of filling up a comparable gas car.'

The company then tweeted on Sunday that customers will now have until January 15th 2017 who order a new Model S or Model X access to limited charging throughout their Supercharger network. Tesla also updated a blog post about the supercharging program saying, 'Because of high demand and to give an opportunity to those customers who could not order over the holidays, we are extending it so customers can place an order for a Model S or X until January 15th, 2017 and take delivery by April 15, 2017 to receive free unlimited Supercharging.'

If you couldn’t finalize your purchase by 12/31, you can still order a Model S or X until 1/15 to receive unlimited Supercharging.

If you order a Model S or Model X after January 15, 2017 you will receive 400 kWh of charging credits, which equates to around 1000 miles annually so you still benefit from some free charging if you miss the deadline. Once you go over the allotted amount you will be charged a small fee, which Tesla say will cost less than filling up a ICE (internal combustion engine) car. However, they haven't provided specific costs as yet.

'We will release the details of the program later this year, and while prices may fluctuate over time and vary regionally based on the cost of electricity, our Supercharger Network will never be a profit center.'

Tesla will also introduce in the near future an idling fee of $.40 per minute for car owners who overstay their welcome at supercharger points over five minutes after finishing a charge. Early adopters are being rewarded with free energy, but the company could obviously not carry on with this for too long and with no definitive cost for supercharging in the future as yet, its still blurry as to how much you will be charged for a full supercharger pitstop after January 15.

This should be good news for all potential customers if you missed the end of year deadline and still want to get your hands on a new Model S or Model X and benefit from free supercharging.