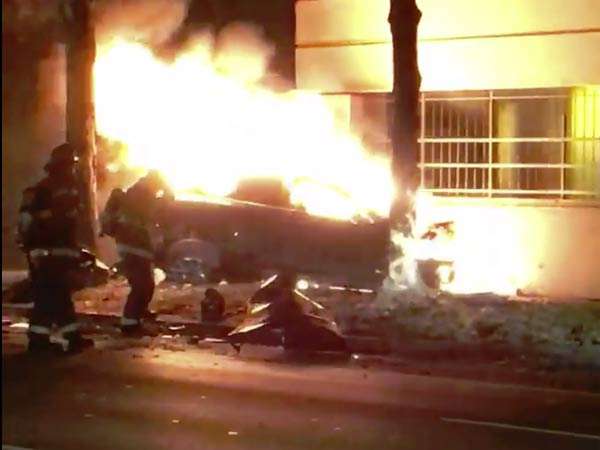 Father of Casey Speckman says that she could be alive today if she was driving another vehicle.
Advertisement

Last year a tragic accident occurred involving a Tesla model S involving Kevin McCarthy and Casey Speckman, where the vehicle in question crashed and caught fire killing both passenger and driver. It has since come to light that Casey Speckman was drunk during the incident, but the father of Casey Speckman, Jon Speckman, says the odds of them surviving would have been much better in another vehicle.

Speaking to The Indianapolis Star Jon Speckman said, 'Had she been in another vehicle she would have been alive for me to yell at her for driving after drinking.' Speckman who was 27 and McCarthy 44, were killed when the Tesla Model S crashed into a tree and parking garage, but the father wants people to know that there was more to the incident than just the amount of alcohol consumed by his daughter before the incident. Jon also went on to say, 'This is a vehicle that travels from 0 to 60 in 3.1 seconds. She’s clearly having to swerve to miss a vehicle going the wrong way on a one-way street. If her foot should happen to hit the accelerator, it’s like a rocket ship. I don’t know why they have to make a car that does that.'

Alfred Finnell Jr. was driving behind the Tesla vehicle when it crashed, saying to reporters, 'It passed me like a flash,' 'It hit that curb and plowed into that tree.' 'Before I could get out of my truck the car exploded.' The force of the car on impact broke apart the battery pack which apparently led to the car fire.

Tesla Motors released a statement sent to IndyStar stating, 'We have been deeply saddened by this accident and have been working closely with authorities to facilitate their report.' 'While it can be difficult to determine the precise speed of a vehicle in such a crash, the observed damage and debris field indicate a very high speed collision.'

It's undetermined at this point what powertrain or driving mode was used at the time of the incident, with both top performance modes having to be engaged to provide full acceleration in both the Tesla's 'Ludicrous' and 'Insane' modes. It has also come out that Casey Speckman swerves to avoid another driver before she lost control of the vehicle. Investigations are still ongoing to determine the actual speed of the vehicle during the crash, as electric vehicles are unfamiliar territory for the detectives concerned.

Mr. Speckman has currently hired an attorney, but has not decided as yet on whether to pursue legal channels with Tesla over the incident.