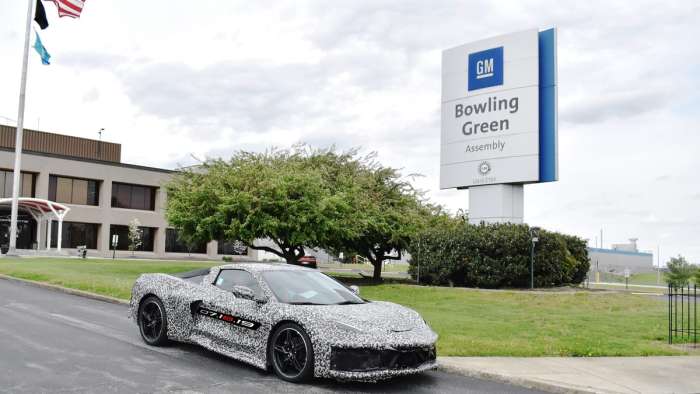 Why GM is Investing in Aftermarket Parts

General Motors has agreed to save a Canadian plant and hundreds of jobs to produce aftermarket parts. With a brand new mid-engine Corvette about to be released, there is a huge demand for aftermarket and custom parts.
Advertisement

General Motors of Canada and the Canadian version of the United Auto Workers, called Unifor, announced an agreement to save the plant in Oshawa, Ontario. Rather than building vehicles, the Oshawa plant will be used to build aftermarket parts for General Motors’ and other brands of vehicles. There is a tremendous amount of demand for aftermarket or custom parts for vehicles like the all-new 2020 mid-engine Chevrolet Corvette.

Assembly Plant Gets New But Smaller Role
According to the news release, the new “Transformation Agreement” will transition Oshawa Assembly to parts manufacturing and advanced vehicle testing. GM will invest more than $125 million to switch the plant over to “Stamping, sub-assembly and other miscellaneous activities for GM and other auto industry customers.”

“GM will convert part of the Oshawa Plant property into a test track for autonomous and advanced technology vehicles – further expanding the capability of GM’s Canadian Technical Centre (CTC) in Ontario.”

The new business will only keep about 300 of the current Oshawa jobs, but they are keeping open the possibility of adding more as the new business grows. Currently, Oshawa has more than 2600 workers. GM had previously announced that the plant would stop building the Cadillac XTS and the Chevrolet Impala at the end of the year. At that point, the Oshawa plant would have been idled. GM will offer some of the displaced workers retirement packages and others will be offered the opportunity to relocate. GM will also set up a training and jobs center to help other workers get jobs outside the auto industry.

“By maintaining a footprint in Oshawa, and keeping the plant intact, we save hundreds of jobs and this gives us the ability to build and create new jobs in the future. We are in a much better position than we were five months ago when the plant was closing,” said Jerry Dias, Unifor National President.

If General Motors is following the lead set by Mopar, the future could be very bright for the Oshawa plant and its workers. Mopar is the service, parts and customer-care brand for Fiat-Chrysler vehicles around the world. Mopar stands for Motor Parts and it is growing rapidly as more and more vehicle owners are customizing or personalizing their vehicles.

For example, Mopar has already designed more than 200 aftermarket parts for the all-new 2020 Jeep Gladiator, that is just now being shipped to dealers. FCA is expecting the Gladiator to be the most customized vehicle in history. FCA finds that 90 percent of its Wrangler owners have at least one special aftermarket part on their Jeep and they expect the percentage to be even higher for the all-new Gladiator.

General Motors stands to make a fortune marketing specialty parts for vehicles like the 2020 Chevrolet Corvette and upgraded 2020 Camaro. The custom truck market is huge as well, with owners buying everything from specialty grilles, wheels and trim, to headlights and interior upgrades. Mopar has proven that the customizing can be packaged in-house, keeping all of the profits in the family, too!

According to FCA, “Today, the Mopar brand’s global reach distributes more than 500,000 parts and accessories in over 150 markets around the world. With more than 50 parts distribution centers and 25 customer contact centers globally. Mopar is the source for genuine parts and accessories for all FCA US LLC vehicle brands. Mopar parts are engineered together with the same teams that create factory-authorized specifications for FCA vehicles, offering a direct connection that no other aftermarket parts company can provide.”

Obviously, General Motors sees the tremendous market potential. GM is much larger than FCA, so there is much more room to grow. One can only hope that the company’s aftermarket venture is successful, for the sake of the Canadian GM employees and their families.