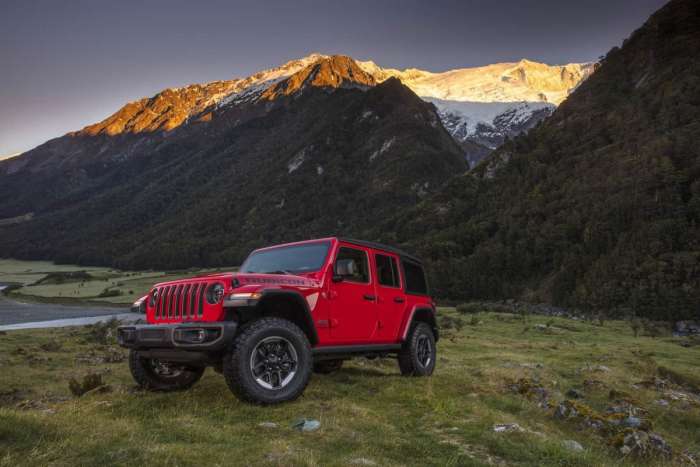 Fiat Chrysler and Jeep are recalling more than 24,000 of the new 2018-2019 Jeep Wrangler JL versions because of bad welds. If the the welds fail, the steering could go out.
Advertisement

After a couple of intense weeks of speculation, Fiat Chrysler confirms that Jeep will recall more than 24,000 of its wildly popular 2018-2019 Jeep Wranglers. Bad welds could fail and affect the vehicle’s steering.

What is Prompting the Recall

This problem has been talked about on various Jeep forums in recent months. Dealers received notices about ten days ago that a recall may be imminent. The problem involves front tack bar brackets that may have been welded incorrectly and can separate from the frame. The notices warned dealers that the new vehicles on their lots would have to be inspected and possibly repaired before they could be sold.

Fiat Chrysler and Jeep confirmed today they would be notifying owners by mail of the potential problem and the need for inspection. FCA says it is unaware of any accidents or injuries related to the problem.

According to the FCA statement, “Responding to a small number of complaints, FCA US launched an investigation that discovered certain vehicles built between early May and late August of this year may be equipped with brackets that were not welded to specification. Such a bracket may separate from the vehicle’s frame, which may affect steering response.”

People posting on the forums said that the steering seemed to suddenly lock up.

The recall is limited to certain 2018 and 2019 Jeep Wrangler JL SUVs. FCA US is mailing notices to advise affected customers that they may schedule service. Jeep estimates that only a small percentage of the vehicles built during that stretch have the bad welds.

Service departments will inspect the welds and if they are faulty, have the brackets re-welded to the frame so they can’t separate.

Worried customers can contact their dealers or call the FCA US Recall Information Center at (800)-853-1403.

You can check the National Highway Traffic Safety Administration website to see if your vehicle is involved in this or any other recall.