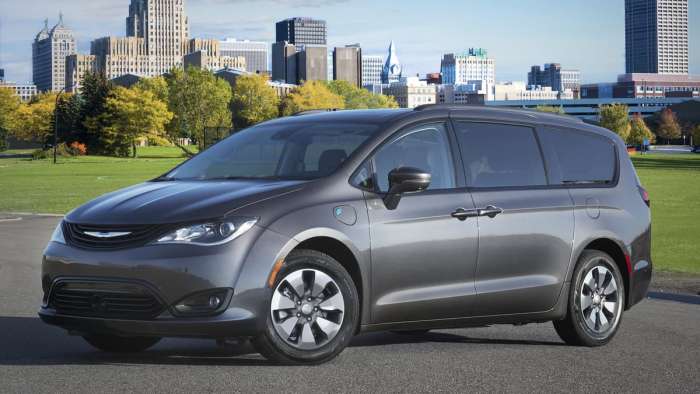 Chrysler is investigating 12 fires in its popular 2017 and 2018 Chrysler Pacifica Plug-in Hybrid minivans. The company is telling owners to stop charging the affected minivans immediately and start parking them outside.
Advertisement

Chrysler and its parent company Stellantis are recalling nearly 20,000 plug-in hybrid minivans because of a possible risk of fires. The recall involves 2017 and 2018 Chrysler Pacifica hybrid minivan models. The recall is so new that it is not yet listed on the National Highway Traffic Safety Administration website.

The Problem Forcing the Recall

An internal Chrysler investigation discovered 12 fires among model-year 2017 and 2018 Chrysler Pacifica hybrid minivans. All of the vehicles were parked and turned off. Eight of the minivans were connected to chargers when the fires started.

No Injuries Reported from the Fires

In a statement about the recall, Stellantis says it is unaware of any injuries or accidents because of the problem. Unfortunately, Chrysler hasn’t been able to pinpoint what is causing the fires, nor are they able to fix the issue, yet. In the meantime, Chrysler is advising owners of these particular minivans to not recharge them, and to park them outside, away from structures and other vehicles.

How Stellantis and Chrysler will Fix the Problem

Right now, Stellantis is trying to figure out what is causing the fires. Once the company figures out how to fix it, they will recall the vehicles and fix them free of charge. Stellantis and Chrysler will notify owners if their minivans are affected and also, when a fix for the issue is available.