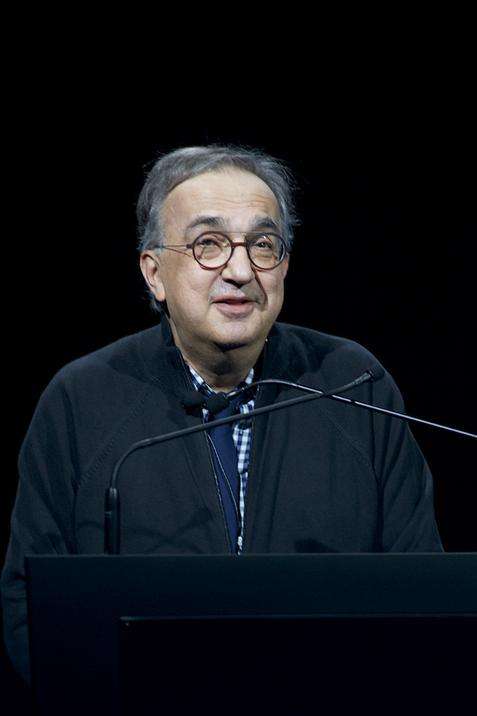 In a stunning turn of events, Fiat Chrysler has announced that Sergio Marchionne is too ill to return to Fiat Chrysler and that Michael Manley will take over as CEO.
Advertisement

Fiat Chrysler Automobiles has taken the extraordinary step of announcing that CEO Sergio Marchionne is too ill to return as CEO and they are replacing him with Michael Manley immediately. Manley has previously been running Jeep and Ram, the company’s two most profitable brands.

This is the FCA announcement in its entirety.

July 21, 2018 , London - With reference to the health of Sergio Marchionne, Fiat Chrysler Automobiles N.V. (“FCA”) (NYSE: FCAU / MTA: FCA) communicates with profound sorrow that during the course of this week unexpected complications arose while Mr. Marchionne was recovering from surgery and that these have worsened significantly in recent hours.

As a consequence, Mr. Marchionne will be unable to return to work.

The Board of Directors of FCA, meeting today, firstly expressed its closeness to Sergio Marchionne and his family and underlined the extraordinary contribution, both human and professional, that he has made to the Company in these years.

The Board resolved to accelerate the CEO transition process that has been proceeding over the past months and named Mike Manley as CEO. The Board will therefore propose to the next Shareholder Meeting, to be called in the coming days, that he be elected to the Board and serve as an executive director of the Company.

In the meantime, in order to provide for his full authority and operational continuity for the company, the Board has with immediate effect granted Mr. Manley all the powers of CEO. He will also assume responsibility for the NAFTA region.

Mr. Manley and his management team will proceed with the implementation of the 2018 – 2022 Business Plan as presented on June 1 of this year, a plan that will further assure FCA’s strong and independent future.

Rumors had been circulating in the last week that Marchionne was not recovering well from the shoulder surgery he had about a month ago. While everyone is entitled to their privacy when it comes to health, companies do have to disclose if there are significant issues that could affect the company’s stock price in the future. Previously, Marchionne had indicated that he would be stepping down as CEO of Fiat Chrysler next year after a 14 year run at the helm. Marchionne is credited with engineering the takeover of the struggling Chrysler during its bankruptcy and returning the company to profitability.

Marchionne, who is intensely private, admitted to me that he was a workaholic and said he enjoyed his work immensely. Fiat Chrysler has not elaborated on what type of surgery he had on his shoulder or what the complications have been.

The statement from the Chairman of the company, John Elkann, suggests that Marchionne’s health is worse than earlier indicated.

“I am profoundly saddened to learn of Sergio’s state of health. It is a situation that was unthinkable until a few hours ago, and one that leaves us all with a real sense of injustice.

My first thoughts go to Sergio and his family.

What struck me about Sergio from the very beginning, when we met to talk about the possibility of him coming to work for the Group, even more than his management skills and unusual intelligence, were his human qualities, his generosity and the way he understood people.

Over the past 14 years together we have lived through successes and difficulties, internal and external crises, but also unique and unrepeatable moments, both personal and professional.

For so many, Sergio has been an enlightened leader and a matchless point of reference.

For me, he has been someone with whom to share thoughts and in whom to trust, a mentor and above all a true friend.

He taught us to think differently and to have the courage to change, often in unconventional ways, always acting with a sense of responsibility for the companies and their people.

And Sergio has always made a difference, wherever his work took him and in the lives of so very many people.
Today, that difference can be seen in the culture that he introduced in all the companies he has led, a culture that has become an integral part of each and every one of them.

The succession plans we have just announced, even if not without pain from a personal point of view, mean we can guarantee the maximum possible continuity, preserving our companies’ unique cultures.

It has been my privilege to have had Sergio at my side for all these years.

I would ask everyone for their understanding in these circumstances and to respect Sergio’s privacy and that of those who are dear to him."

Michael Manley was seen as one of the top candidates within the company, after Marchionne said he would be stepping down. Manley, who was born in Great Britain, joined DaimlerChrysler in 2000 and opted to stay with Chrysler when the two companies parted ways. He is seen as an expert in distribution, both locally and internationally, and is well known and liked by dealers.

Previously, Mr. Manley was Executive Vice President - International Sales and Global Product Planning Operations since December 2008. In this position, he was responsible for product planning and all sales activities outside North America.

He holds a Master of Business Administration from Ashridge Management College in Ashridge, England, and a Bachelor of Science in engineering from Southbank University in London.