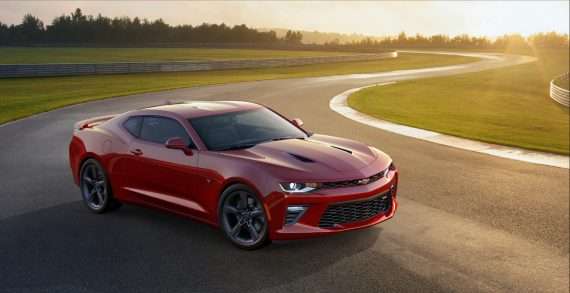 Owners debate the best tires for a 2016 Chevrolet Camaro 2SS

An owner asks members of a Camaro forum what the best tires to buy for a 2016 Camaro 2SS that is a daily driver.
Advertisement

A Chevrolet Camaro owner, named King, raised the issue with members of a 2016 Chevrolet Camaro forum. “For those of you who Daily Drive your 2SS, what tires and sizes do you recommend beyond the factory summer only tires? Looking to use the factory black wheels and just upgrade the tires. Thanks!” King lives in Michigan so he would be driving through snow, ice and rain in the winter.

One 2016 Camaro owner responded, “Nitto 555g2. I have them and they are awesome on the street and you can track them also. There are a bunch of Camaro's running these tires so I think you'll like them.”

Another quickly replied, “All season by Goodrich, I don't need to go fast to drive to work, I got drag radicals for fun.”

Jay, from Oklahoma, says, “If I was going to run all season it would either be Continental DWS06 or Michelins PS4.”

Leadfoot, from New York, speaks from experience. “I have used the DWS06 for my daily driver in the winter here in NY. They work great! Now that its warmer I put the Factory Goodyear's back on.”

Metal, from New Jersey, says he has also had luck with all season tires. “I use the same BFG g-force comp2 a/s. They are amazing.”

A South Dakota driver should know about driving in heavy weather. Spartan says, “I went with the Continental DWS06s, great tire! I have probably about 5,000 miles on them.”

Diode, from St. Louis, gave what turned out to be one of the most popular answers. He says, “Michelin PS4 or Michelin Super Sport.”

Pang agrees. “Yes and that is the only choice for "Best" daily driver tires unless you go Sport Cup 2 or something like that.”

Another Camaro driver quickly chimed in, “I second this notion. Michelin is hard to beat. The G2's are alright but the Super Sports and PS4's are superior.”

Avalon, who also drives his Camaro daily in Michigan, says, “I have BFG Comp2 A/S in stock sizes and they are great-quiet etc.”

King seemed very pleased with all of the answers he received. “Wow, Thanks so much for the input! BFGoodrich g-Force COMP-2 A/S 's look good!” His last question was about whether he had to change his TPMS sensors. Luckily because he is using the same wheels and just changing the tires, he can leave the Tire Pressure Monitoring Sensors alone.