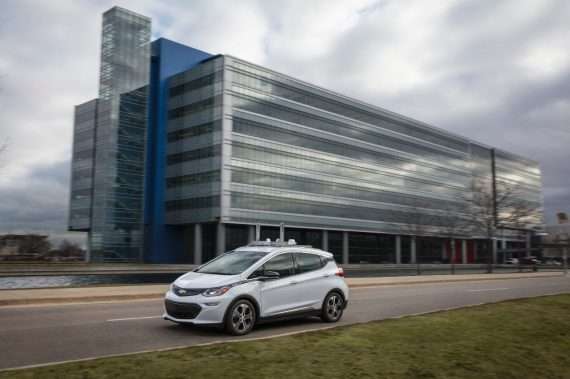 General Motors has already been testing its autonomous- driving Bolt EV on its Milford Proving grounds and its Warren Tech Center, but now the automaker will start testing the self-driving vehicles on regular Michigan roads. The state of Michigan just passed laws supporting the testing of driver-less vehicles.

GM’s Chairman and CEO, Mary Barra says in a statement, “Revolutionizing transportation for our customers while improving safety on roads is the goal of our autonomous vehicle technology. Our autonomous technology will be reliable and safe, as customers have come to expect from any of our vehicles.”

GM had been criticized for lagging in the testing of autonomous vehicles. Ford has been testing self-driving Fusions since mid-2015.

In June, Chevrolet started testing self-driving Bolt EVs on roads in San Francisco and Scottsdale. So far, it is experimenting with about 40 cars in the two cities.

GM made a $500 million dollar investment in the ride-sharing program Lyft, last January, to start a major push toward self-driving cars. In March, GM bought Cruise Automation, which has developed much of the self-driving technology, to accelerate its autonomous program.

General Motors and Chevrolet plan to use the streets of metro Detroit as its main testing ground for heavy weather driving for the autonomous vehicles. Much of the technology for self-driving vehicles relies on the radar being able to detect lane markings. The markings can easily be hidden in heavy snow and ice. Also, driving on ice is tricky enough for seasoned drivers, developing technology to handle slick roads is an additional challenge.

I will be especially interested in finding out how the vehicles handle traveling on freeways. Detroit drivers are quite aggressive and have little patience with slow drivers on the freeways. An autonomous vehicle driving the speed limit on Interstate 75 or Interstate 696, in morning traffic, will likely draw the ire of hundreds of impatient commuters. Snow, ice and speeders are real world complications that will have to be navigated and negotiated for self-driving vehicles to be successful.

The self-driving Bolt EVs will be the first mass-produced autonomous vehicles. They will be built at the Orion Township Assembly plant that already builds the regular Chevrolet Bolt electric cars, as well as the little Chevrolet Sonics. Production on the test fleet is set to begin in early 2017.