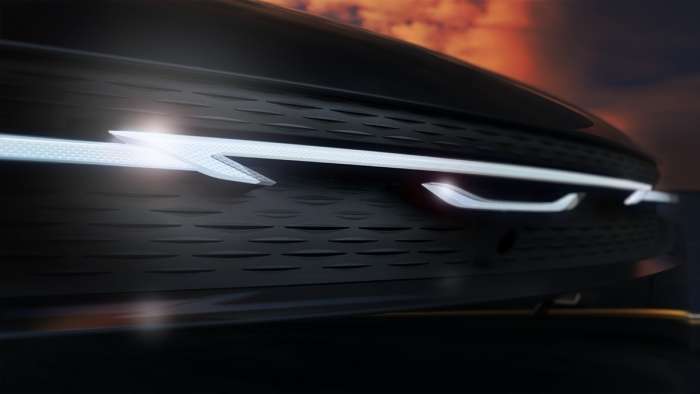 Chrysler is giving us a sneak peek of an updated version of the Chrysler Airflow EV Concept. We will see the automaker’s new vision for the battery-electric vehicle on Wednesday, when it will debut at the New York International Auto Show.

All Chrysler is saying at this point is that Chrysler will unveil a new look for the brand’s all-electric Chrysler Airflow Concept at the 2022 New York International Auto Show.

Chrysler says the Airflow Concept represents the future direction of the Chrysler brand, which will launch its first battery-electric vehicle (BEV) by 2025 and offer an all-electric vehicle lineup by 2028.

The New York International Auto Show is one of the largest and most important auto shows in the United States. It is widely known for being the show where automakers demonstrate their future viability to Wall Street. Many analysts have questioned the future of the Chrysler brand because it has very little left in its lineup. Chrysler only offers the large 300 sedan and the very popular Chrysler Pacifica minivan. 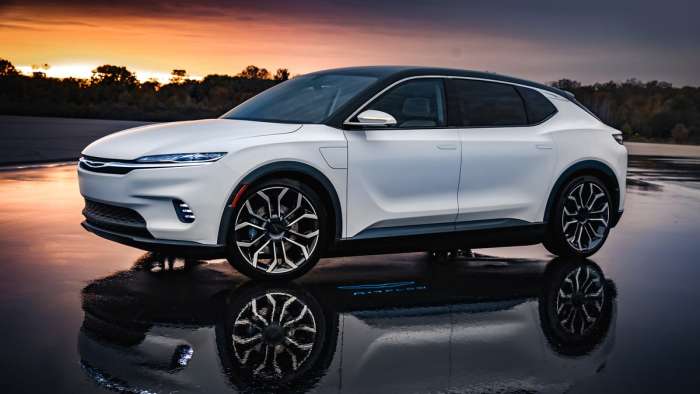 The Chrysler Airflow EV Concept Debuted at CES in January

At the time, Chrysler described the Airflow as a five passenger vehicle with a 350-400 mile range.

Highlights from the CES Unveiling of the Airflow:

“The Chrysler Airflow Concept represents the future direction of the Chrysler brand, providing a peek at the dynamic design, advanced technologies and seamless connectivity that will characterize the full-electric portfolio we plan to reach by 2028,” said Chris Feuell, Chrysler brand CEO - Stellantis. “Chrysler is an iconic American automotive brand, with a heritage in creating new advanced technologies and product segments. Our brand will serve at the forefront as Stellantis transforms to deliver clean mobility and connected customer experiences.”

Airflow will use Stellantis’ new STLA SmartCockpit technology that will wire the entire cabin, giving each passenger their own screen and connectivity. The screens can be used individually, for example to make a phone call or watch a movie. Or the screens can be synced, so the passengers can all watch the same movie.

According to Chrysler, “Each screen is a personalized space to access the digital world via connected entertainment, apps and downloads. Each seat also features a built-in camera, enabling occupants to participate in a group video conference call from the comfort of the Airflow cabin.” 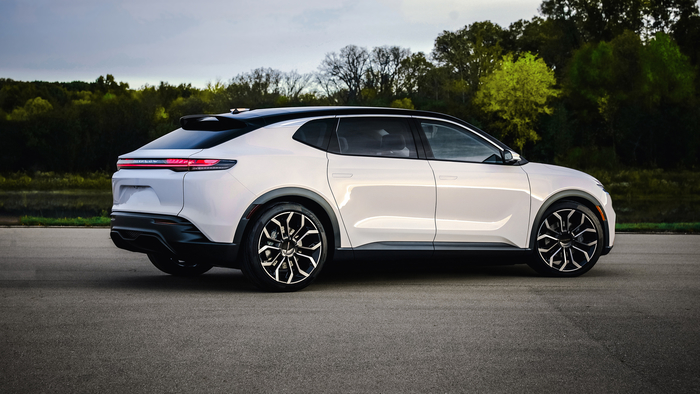 The sleek five-passenger vehicle has a panoramic roof. The concept features all-wheel-drive capability. It is powered by two 150 kW electric drive motors, one in the front and one in the rear. Interestingly, the concept is designed to accommodate larger capacity motors, so the same vehicle could feature high-performance versions. Drive motors are located toward the front and rear of the vehicle. That allows designers to maximize interior space. The battery is designed to achieve between a 350- and 400-mile range on a single charge.

“The Chrysler Airflow Concept represents the start of the brand’s journey toward a fully electrified future. It is the result of a thoughtful synthesis of the full arsenal of Stellantis’ connected vehicle technology – inside and out,” said Ralph Gilles, chief design officer - Stellantis. “The design features a decisively elegant aerodynamic exterior and a modern, sophisticated interior that takes the customer on a new level of digital delight.”

The version that debuted at CES was Arctic White. We will have to see what Chrysler unveils Wednesday, and how much it differs from the original concept.