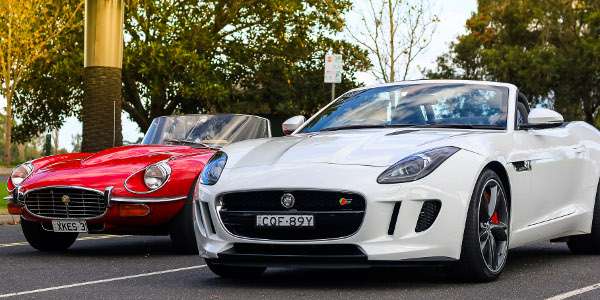 Jaguar needs to listen to the enthusiasts and take notes

Loyal Jaguar fans have spoken and what they have to say is surprising but they are ready to talk and I hope Jaguar is listening. Social media outlets are a great place to voice your opinion and the Jaguar enthusiasts aren't afraid to speak.
Advertisement

I had no idea that a couple of my recent articles would cause such a stir with the loyal Jaguar fans. They were ready to talk and eager to voice their concerns about where the brand is headed and point out the good and the bad. They were very polar on the subject of design and style, they either loved the style and the direction Jaguar is going or they were not happy at all.

The critics are screaming for Jaguar to stop diluting the brand down to meet the demand of the market. Jaguar has always been known for their elegant style, rich looks, and luxury feel, but many of the cars being produced today are losing the unique look they became famous for. Many said that the current Jaguar cars are looking more like the Mazda or Volvo brand and that has begun to hurt the distinctive look Jaguar is known for.

One of the most pointed comments stated that Jaguar is a brand that you work hard, save up, and you are able to reward yourself with owning one. You buy into the Jaguar family because it’s part of a certain status that makes you feel like you have accomplished the dream you worked so hard for. When the cars are watered down and start to resemble the other non-luxury cars it hurts the brand as a whole. Others said there is no need for Jaguar to make a base model so plain that it has cloth seats and a bland interior, that’s not why you buy a Jaguar!

The big three (BMW, Audi, and Mercedes Benz) have gone through their own struggles but each have been able to recover and move forward. Jaguar as well as these other brands are considered a luxury vehicle and have a certain emotion that it stirs up passion in consumers when they consider buying one.
In Jaguars’ defense, some of the other car brands mentioned in the same sentence (Hyundai and Kia) have only been around for just a few years, so the only copying being done is by them. One fan commented even though styles and designs continue to change the Jaguar would still stand out in a lot full of other luxury brands.

To quote Jaguar’s website “At Jaguar, we push the boundaries of what is possible whenever we can. A spirit inspired by our founder, Sir William Lyons. 90 years ago he insisted that every car the company produced combined performance and beauty like no other. His uncompromising vision set new benchmarks that we still live by today”. Ok after reading this, I think Jaguar need to hold true to the original vision and keep producing the same style, sophistication, and performance that got the brand where it is today!