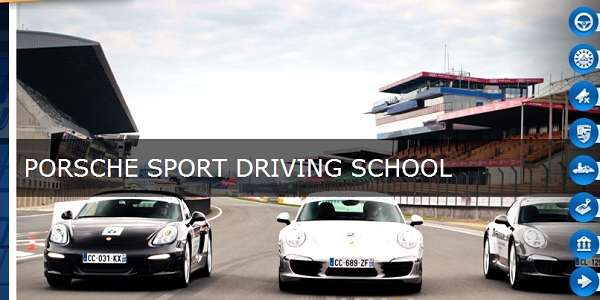 After a 16 year absence, Porsche is making its much anticipated return to the LMP1 class, also known as the Le Mans Prototype 1 class, with the introduction of the 919 Hybrid platform. The idea behind the prototype class has always been to put tomorrow’s technologies through the rigors of long-distance racing. One look at these wildly designed prototype vehicles, and you would think that you were stuck in a Speed Racer dream.

However, these highly sophisticated vehicles usually feature next level engineering in the areas of efficiency, safety, and sustainability in motorsports, something that has always drawn my interest as a fan of long-distance racing.

For this projects team of 230 engineers, the goal has remained the same; work within the boundaries of racing innovation, while also producing maximum performance. Porsche will be entering two cars for the LMP1 class this year, numbers 14 and 20. Both will be powered by Porsche’s turbocharged 2.0 liter V-4 motor, which will be complemented with carbon fiber and titanium components, aimed at achieving the perfect system power-to-weight ratio.

Often times, when people see the size of these vehicles, they envision a huge motor, with twin-turbochargers. To see the engineering team utilizing such a small motor is really an eye-opener. I have always been a huge proponent of getting more from less with engine designs. When you look at some of the American Muscle cars of our current generation, yes they throw down big time power, but they are bulky and difficult to navigate through the twists and turns of a road course. In most cases, a perfect blend of power-to-weight will more than compensate for engine size.

Six Porsche Drivers
With less than four days until the green flag drops at the 24 Hours of Le Mans, Team Porsche enters their final preparation, as these crucial 24 hours of racing will determine whether they got it right. All the time spent innovating, drawing up blueprints, building, testing, and re-testing will be put to task this weekend. All this work has now been turned over to the six drivers that will team together to build upon Team Porsche’s already leading 16 overall victories, and secure a 17th overall victory. The three drivers for the 14 car include Romain Dumas, Neel Jani, Marc Lieb.

Meanwhile the 20 car features Timo Bernhard, Brendon Hartley, and Mark Webber. I know, I for one, will be tuning in this weekend to catch a glimpse of this magnificently engineered super cars.