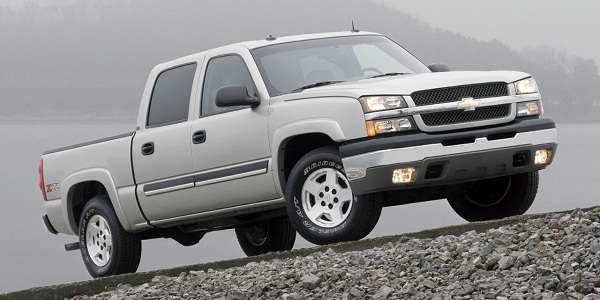 In recent weeks, GM has been getting criticized over its lack of rebates with their new full-size truck offerings. Specifically, sales volume has been down. Critics have wondered, where are the incentives to spur on sales? According to GM's CFO, this sales slow down is all part of the plan.
Advertisement

During a private meeting in New York, GM’s CFO Chuck Stevens spoke to Wall Street analysts. His message was GM is doing just fine in full-size trucks and they don’t plan on decreasing prices on their higher priced models. Instead, they are going to reap the profit, according to a Reuters story.

Many analysts said GM’s key message was that they weren’t going to overreact to losing market share. In fact, the profit was the key.

From the meeting, several investment firms wrote up memos and passed them along to their clients. These memos help to understand GM’s plan.

One of these memos released by UBS Securities says “working on marketing strategies to gain traction at the lower end of the (pickup) market without giving up pricing gains at the high end.”

The lower end of the market doesn’t have the same profit margins like the luxury pickups.

What has analysts concerned is not only the drop when everyone else is up, but also the fact GM just brought a new half-ton truck to the market. Generally, a new pickup means a boost in sales – not a loss.

Despite the promise to hold the line on profits, GM has begun offering some incentives of late. Journalists have speculated that this is due to losing market share; GM counters that current incentives are part of a long-term pricing strategy plan. According to a Daily Finance story, “incentives on the Silverado 1500 were … $3,764 per truck — lower than both Ford’s ($3,925) and Chrysler’s ($4,233). Incentives on the GMC Sierra — a premium truck that tends to sell at higher average prices — were even lower, at $3,521.”

This pricing plan just seems odd in today's world of "we want to be #1." Yet, Toyota is doing the same thing. They are refusing to expand production at their San Antonio plan to build more Tundra pickups. According to this story, the demand is exceeding the supply, yet Toyota officials are saying "no" to more production to meet this demand. Instead, they will focus on holding their pricing where it is at and reaping the profit.

Flash forward to today and GM has announced they are recalling every single one of their new trucks to address a possible fire issue. This recall, on top of the ignition switch recall, means GM has millions of cars it is working to fix issues on. One has to wonder how these recalls will impact GM’s plan to hold to their pricing strategy.

What do you think? Should GM hold the line or get more aggressive?