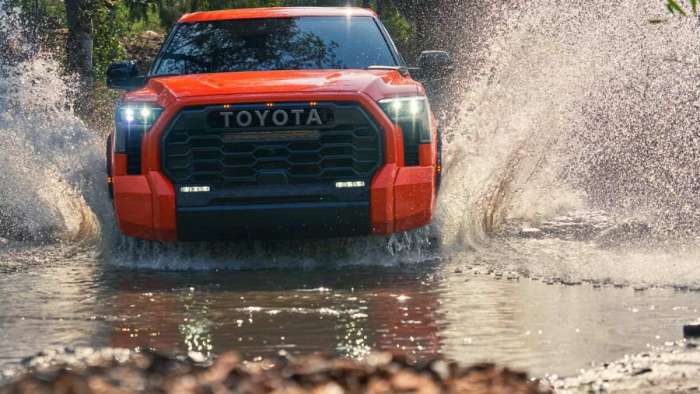 Used 2022 Toyota Tundras Are Getting Ferrari and Supercar Resale Status…How Is This Possible?

Supreme, Louis Vuitton, Ferrari and…. Toyota Tundra? What these brands have in common will shock you. If you own a 2022 Toyota Tundra, this is a great time to have one.
Advertisement

Today, we live in a very weird and fast-moving society. One day it’s this, the next day it’s that. Gas prices are high, car prices are high, groceries, lumber, etc. The only thing that hasn’t risen are paychecks. Although I don’t like to mix my political beliefs into my articles, we can all agree that this current economy benefits a select few. Chances are, you are not on that select few. I know I am not.

Given weird circumstances, people can get creative and really find new ways to home in some money from this great capitalist country. One such way is the art of reselling. This is how that works. So, you take something that is very limited in quantity with a lot of hype. A Bugatti, maybe designer clothing, literally anything with the Supreme logo on it, etc. and you resell it for an insane markup.

Reselling used to be a big deal, now only those who have deep connections with retail owners have the upper hand. However, if you own a 2022 Toyota Tundra, you may also have that upperhand. Trade in values for almost every newer car are up. Some people turn in their used older cars and get paid more in 2022 for that car than they paid for it back in 2015. I’m talking about high demand models like Tacoma, Wranglers, Lexus GX, Toyota Prius, etc. Any of these cars retain their value after a certain period of time of declining value. 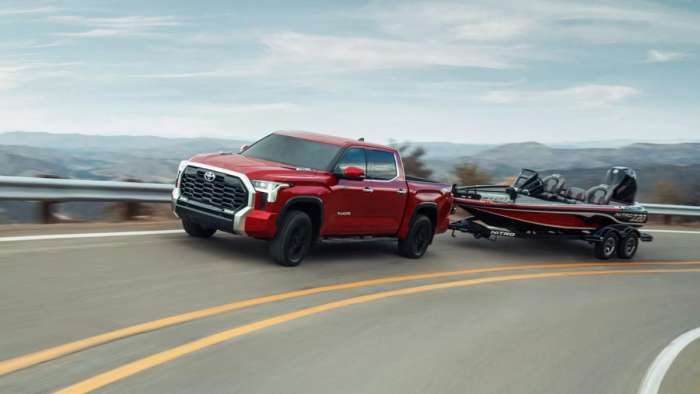 But here’s the kicker, why? Why is such a regular truck like the Toyota Tundra, which is being mass produced, having such a high resell value? Where that’s where some economics kicks in. See the way hype merch or supercar resell works is mostly based of hype and media. If people hear about it and like it, it will sell. Now apply this to the Toyota Tundra. People love it, people have heard it, the media approves of it’s ratings, shipping and manufacturing times are slow which makes it a factor for it to be considered in a limited quantity.

Limited quantity plus high media approval plus people wanting them really badly all equates to your everyday 2022 Toyota Tundra being worth more than what you paid for. I have seen listings for stock SR5 2022 Tundra’s for almost 80k! 2022 Toyota Tundra Hybrid Capstone with 5,000 miles for $103,000! The crazy thing is people buy it. People really spent close to $150,000 on a truck which they could’ve ordered through Toyota and gotten just a few months later.

So this is where you can take advantage of such a great market system. If you have a 2022 Toyota Tundra, I recommend selling it privately. There are so many great trucks out there and I think if you really are having second thoughts on your purchase, you have a fail safe to fall on. I know if I had a Toyota Tundra right now, I would probably list it on the market for at least 20-30k more over what I paid for.

What do you think? Would you sell given these weird circumstances? Let us know in the comments below.