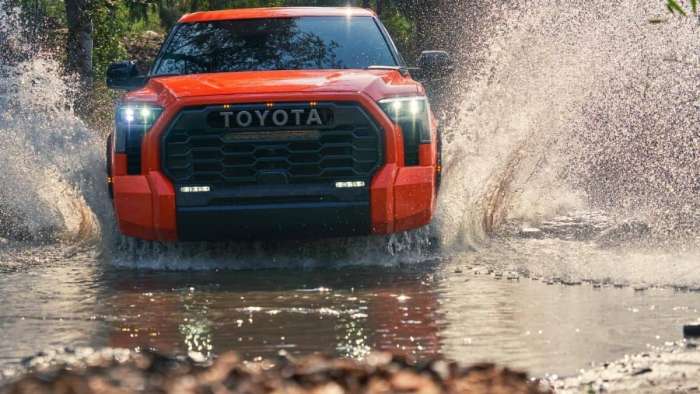 Today another faulty part has been added to the list of “things that break” on the 2022 Toyota Tundra. You’ll be surprised just how many people suffer from this.
Advertisement

I’m a pretty big guy for my average stats. 6 foot, 230 lbs., big shoulders, large claves, etc. And a big guy like me in a little Toyota Prius means that sometimes, I need to slide out of my seat instead of getting up. This is from either one of two things. 1, you can’t lift your own body weight, or 2, there is little headroom, and you literally have to shift your body before you get out.

Unfortunately, my head touches the headliner in my Prius because I hate driving with my seat low. Because of my sliding, I start to see more and more wrinkles on the edge of my seat instead of the passenger side.

While this shouldn’t cause your seat to break, the worst-case scenario is either your leather will start to chip, or if it is a foam seat like some GM pickups, it’ll little ray fall apart. However, expect it to be only your cushion and not your whole seat or the plastic trim. In any case, you’d have to be extremely large to have this problem and, in most cases, it’s just a matter of convenience rather than weight issues. 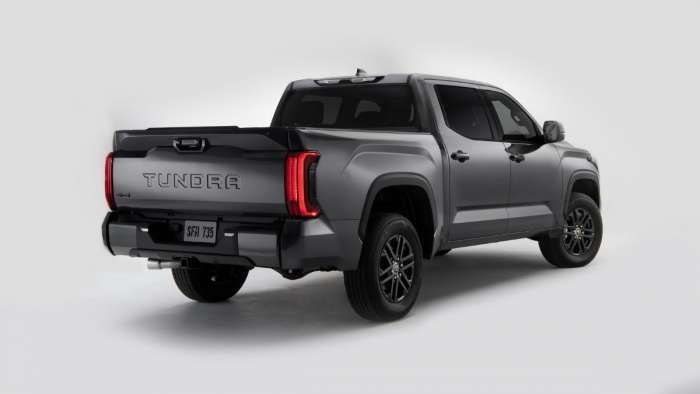 Speaking of issues, make sure you follow more of my recent articles so that you are up to date with any problems on the new Tundra like the wastegate issue circulating the internet.

However, a recent post on Facebook’s 2022+ Toyota Tundra Owners group shows just how easy it is to break the side plastic trims on these seats. Joel Williams said, “So this side seat panel broke. Would this be a warranty thing?”

Now realistically speaking, if interior pieces start to break within the first year of production, that isn’t a good sign. We have all seen the videos of ‘90s Audis literally falling apart from the inside once you push the over-engineered cup holder out. Thankfully, the interior of the 2022 Toyota Tundra is said to be pretty solid and not have any creaking noises when you push against the dash.

However, this problem with the seat breaking is not just from one unlucky owner, the whole comment section is filled with people also expressing their same experience with this problem of the plastic seat side trim breaking.

The unofficial term that dealers use is called “fat sliding.” However, after doing some further research, almost none of the owners whose seats broke were heavy set. Let’s take a look and see what some of the owners who had their side plastic seat trims break had to say.

Jake Jenkins said, “Mine cracked the other day. Will get them to address it next month when I take it in for 15K(mile) service.” Again, after further research, jake isn’t a heavyset guy.

John Sweet said, “Mine did too. Poor design. Mine is getting fixed at my 10,000-mile service.” It is incredible to see just how many people had this issue. To put that into perspective, out of 15 main comments, 8 of them said their truck’s plastic seat trim also broke. The rest of the comments were about whether or not the guy was big or if it would be covered which brings us to the next part, would your bumper-to-bumper warranty cover this?

Now logically speaking, it should because as the name implies, it is from your bumper to bumper. However, in this case, it’s a hit or miss. For some owners, it was covered. For others like Dillon Kennedy who said, “No it won’t {coverage} mine broke too and I had to buy another one and it was 135 dollars and another 100 for the service department to swap it out.”

I guess if you want it to be covered, you will need to haggle with the service department for a bit and really explain to them that you don’t slide and that this broke out of “perpetual accessibility.” Dealers hate it when you use big words so try to use as many as possible.

What do you think? Has this happened on your 2022 Toyota Tundra? Let us know in the comments below.

Kliff wrote on May 29, 2022 - 3:12pm Permalink
I literally read "little ray". More editing and less speech to text.
Bapakbob wrote on May 29, 2022 - 7:20pm Permalink
Toyota's fault, Toyota pays. Toyota used to put a grab handle on the drivers side....soooooo easy to grab that handle and lift yourself in over the seat to settle into the seat WITHOUT sliding. Toyota did away with that driver's grab handle in the mid 2010's. NOTE TO OWNERS! Porsche 911 owners believed the light-colored dash boards blinded them. They started a class action lawsuit against Porsche, and WON! Porsche's settlement was to pay for a new pair of sunglasses for 911 owners, $250 max I believe. So if Toyota won't fix this defective-designed seat frame, sue them to do the honorable thing. But it's a damn shame if Toyota has stopped self-initiating doing right by it's new Toyota owners.
Scott H wrote on May 30, 2022 - 7:31am Permalink
I’m not sure it’s a material problem it’s a design issue. The plastic side trim to seat cushion ratio is very low compared to vehicles from 2005 and older. Seats are firm and low profile much like Euro vehicles. This coupled with tall ride height of trucks and SUVs will always be and issue for drivers. I was the owner of a 2007 Tundra for 12 years. During that time, I replaced the plastic side cover and seat cushion bottom and back towards the end of my ownership. Note: The plastic trim was repaired with hot glue and screws on two occasions before eventually being replaced completely. Mind you, I’m 6’2” and 240 pounds so flattened seat cushion and broken seat trim is bound to happen on any long term vehicle I drive.