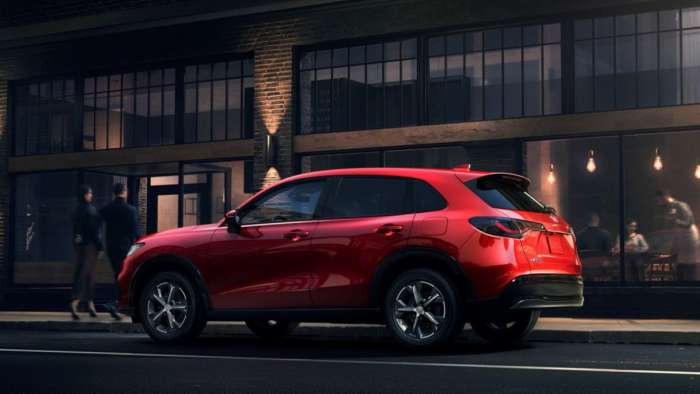 After the phenomenal success of Toyota’s RAV4 Hybrid in Europe and North America, Honda releases a new SUV which it hopes to be the answer that will end the RAV4 Hybrid.
Advertisement

Leire Lobato calls it the “anti-RAV4 Hybrid” and It very well could be just that. Many times, we have covered the success of the 2022 Toyota RAV4 Hybrid and how it is constantly winning over hearts with its gas mileage and reliability. However, an European auto news publisher says that success might come to an end.

The 2023 Honda HR-V is set to be the next RAV4 Hybrid taking back what success Toyota has gained. After losing sales in the European market where mini hybrid SUVs are becoming more and more popular, Honda hopes its new car will dominate and the efficient SUV segment rapidly growing in Europe. 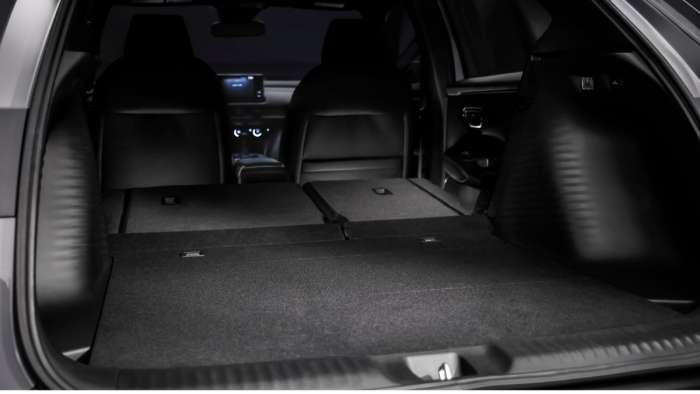 While not yet confirmed, the new 2023 Honda HR-V is set to come out with a new look taking its frontal designs from the Civic with an aggressive yet minimalist look on the grill and being more geometric instead of the curvy chrome we are used to seeing. It looks stylish and sleek, aerodynamic, and honestly looks more European than Japanese. You get things like Apple Car Play and Android Auto, cushiony seats, and really nice trunk space.

Now whether or not Toyota will respond with a better SUV than Honda’s new HR-V will only come as time progresses but for now, I think that Toyota should take the new 2023 HR-V seriously. Looking at first-hand reviews people seem to like it. It’s just a very likable car.

However, the question arises, could this really end the Toyota RAV4 Hybrid? Well, that depends on who you ask and what the numbers show. I think that if it gets the right attention, it’s a definite yes. However, if it’s going to be one of those, “behind-the-scenes-success” stories then it wouldn’t be that bad. The HR-V doesn’t have as big of a following as the RAV4 Hybrid and we don’t know a lot of it’s history.

ElDesMarque says, “All in all, the CR-V will become Honda's largest SUV in the Old Continent . A model with which the manufacturer hopes to reap important successes. You want it to be your flagship. It will occupy the D-SUV segment.”

The Honda CR-V however, has been loved by many for decades. The HR-V is said to be smaller yet feels like you are driving a CR-V. Could we get the new HR-V in America? Hopefully yes because it looks like a promising model. Knowing Honda, it is also going to be pretty reliable.
What do you think? Should Toyota be concerned about this new “anti-RAV4 Hybrid” model? Let us know in the comments below.

Rj wrote on June 2, 2022 - 7:53am Permalink
Honda's hybrid technology in CRV has been a bust with mpg often no better than the standard 1.5L gas engine. Some reports suggest the 2023 Honda hybrids will be better, we will have to wait and see.
Harutiun Hareyan wrote on June 9, 2022 - 5:55am Permalink
Hi Rj, I don't know if this new HR-V is going to do well. It looks nice but I highly doubt the innards could compete with the RAV4 Hybrid.