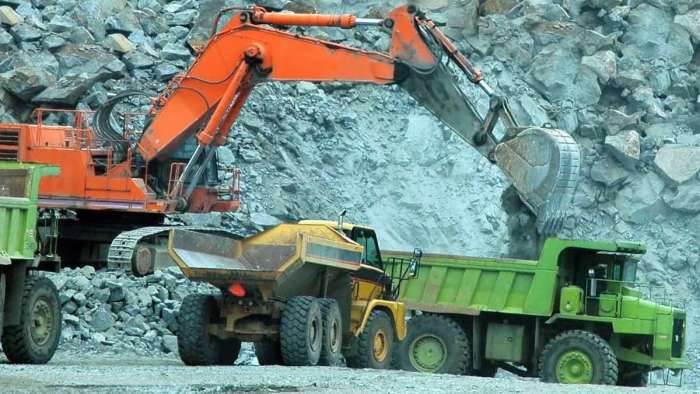 This week, the price of nickel has jumped up significantly. This almost certainly will lead to significant price increases, and or production halts, for electric, hybrid, and plug-in hybrid vehicles from most manufacturers since nickel is commonly used in most propulsion batteries in these types of vehicles. In fact it already seems to be happening.
Advertisement

According to InsideEVs, nickel’s trading price increased 250 percent in just 48 hours this week which prompted a halt of trade on the London Metal Exchange. This is the biggest crisis in the exchange’s history, and without question this has been prompted by the Russia-Ukraine conflict. Tesla has already increased the price of its long range Model Y and Model 3 vehicles by $1,000 this week. Russia is the world’s third largest producer of nickel, and Tesla’s price increase of its most popular models is likely due to this spike in raw materials cost. Note that, according to Forbes, Russian nickel has not yet been sanctioned, however speculation that it may be, or that supplies will otherwise be disrupted due to the impacts of Russia’s war with Ukraine are driving up the price as can be seen from the timing of the price spike. This is further evidenced by the fact that Tesla’s lowest price vehicle, the base Model 3 which uses a Lithium Iron Phosphate battery (and as such is nickel free), did not see its price increased this week. Tesla isn’t the only manufacturer affected or taking action. Volkswagen and other European manufacturers are most likely to be impacted by the price spike as they are more reliant on Russian nickel, according to the Forbes piece, which also mentioned that the nickel price spikes alone could add about $1,000 to the price of an EV that uses the metal in its battery. Apparently VW and BMW have already had to halt some production, since Russia’s invasion of Ukraine, though this is due to lack of wire harnesses manufactured in Ukraine.

Nickel isn’t the only raw material impacted by the war either, aluminum is also seeing price spikes as Russia produces 6% of the world’s supply. Even though Russian aluminum hasn’t been sanctioned yet either, European manufacturers are stopping their importation of it in protest over Russia’s unjustified war. What’s more, palladium, titanium, and iron are also significant raw materials exported from Russia, especially for German automotive brands.

It may not just be European brands impacted by the rising costs of and or scarcity of raw materials. U.S. manufacturers also commonly use a lot of nickel in the batteries of their electric and hybrid vehicles which means all of these vehicle types are more likely to see price increases. Interestingly though, Asian manufacturers are less likely to be impacted by the spike in nickel prices and Russian sources, at least in the near term. Kia and Hyundai specifically source much of their nickel from Australian and Indonesian sources, so the impacts of the nickel price spike and Russian supplies are expected to be “very limited” in their case. This could be a competitive advantage for Kia and Hyundai for the current year, at least, depending.

Will this result in tighter supply and further complicate the recovery from pandemic affected supply lines though? That seems certain at this point, though the degree of impact depends entirely on the duration of the price spikes, the war in Ukraine, and the demand for nickel overall (which had been rising prior to the war due to the global shift to electrified vehicles). Will any manufacturers be more, or less, likely to achieve their current year sales and production targets, despite these supply line issues? That is much harder to ascertain. There seems to be a potential advantage for those not sourcing raw materials from Russia though. What do you think? Please leave your comments below.