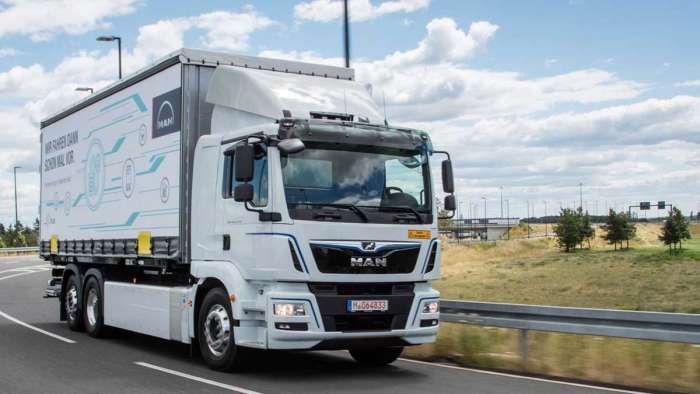 Replacing diesel-powered trucks with electric trucks for short-range freight in the US alone could significantly cut carbon emissions and dramatically increase profitability for freight companies. German MAN works on such a truck, and it plans to release it in 2024. But only for Europe.
Advertisement

MAN Truck & Bus announced the introduction of long-range electric trucks by 2024. News about the new range of MAN electric trucks comes just as we learned that almost half of all daily freight truck trips in the US take less than 100 miles in length. Interestingly enough, the truck MAN plans to introduce to the market offers a perfect combo of characteristics that could, pun intended, take the load off of the large trucks and provide a viable electric truck solution to freight companies for short-haul trips.

MAN New Electric Truck Could Have a Range of 300 Miles

Truck MAN plans to offer focuses solely on the European market. After all, the company already delivered several electric eTGM trucks (based on the e-Crafter) to private customers looking to diversify their vehicle portfolio with a new generation of vehicles.

MAN eTMG is not a large truck by any means, but the company does promise a series production of trucks that could offer more and cover up to 311 miles. We have never heard a word about the load capacity of the new vehicles, but it is safe to assume that MAN would increase load capacity as well. In an interview with a German magazine, MAN CEO Dr. Andreas Tostmann noted that the road to electrification includes training its workers. They are rehearsing the production of the electric trucks in the MAN factory in Munich before the experimental electric truck production that should start in 2023.

As Michael Berube, DOE deputy assistant secretary for sustainable transportation, said, during the Run on Less-Electric test that monitored „electric delivery vans, box trucks, port terminal tractors, and heavy-duty semi tractor-trailers during delivery, the. U.S. and Canada could safely convert more than 5 million medium- and heavy-duty trucks from diesel to electric.“ And that without any disruptions on the market.

The sheer market possibilities that lay within this market – only in the US – are staggering.

Some reports suggest that switching 5.2-million US diesel-powered trucks to electric propulsion could cut 100 million metric tons of carbon emissions alone. Savings for the companies, in the long run, would be considered too. After all, electric trucks can deal with short-haul demands without any problems at all. At least according to the tests conducted during the Run-On-Less Electric event. 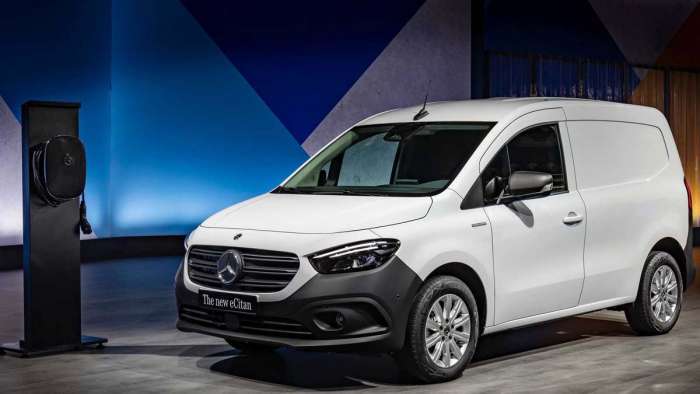 Electric trucks and delivery vehicles will find their place under the sun. Apart from MANs announcement about its even deeper involvement within the electric truck and electric bus development, Mercedes is also on track to satisfy possible demand. A German company recently released the new eCitan who will join their offering with eVito and eSprinter.
All in all, commercial electric vehicles could change the world we live in even sooner than electric passenger vehicles can.