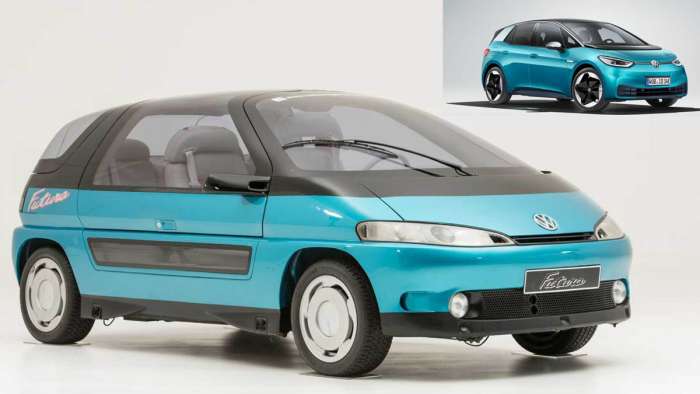 Fascinating similarities between the 2020 Volkswagen ID.3 and 1989 Volkswagen Futura Concept

I have heard, more than once, that Volkswagen ID3 looks a bit like a "nineties concept car ". This has almost become a meme in the weird world of EV enthusiasts. Well, whoever started the rumor couldn't be closer to reality. As some already pointed out, the Volkswagen ID3 does look a lot like a concept car from 30 years ago – it looks suspiciously similar to the 1989 Volkswagen Futura Concept at that. Check out this collage we prepared for you.
Advertisement

Sure, one may say that similar color patterns can trick our minds into seeing the similarities. Still, the ideas behind the Futura Concept car are fascinatingly close to ideas formulated around the electric Tesla 3 fighter that is the Volkswagen ID3.

Revealed at the Frankfurt Motor Show in 1989, Futura Concept was the Integrated Research Volkswagen (IRVW) brainchild. That was a Volkswagens division responsible for the development and production of the research concept vehicles. The Futura, sized similarly to a Golf, was a car crafted for the 21st century. For the year 2000! 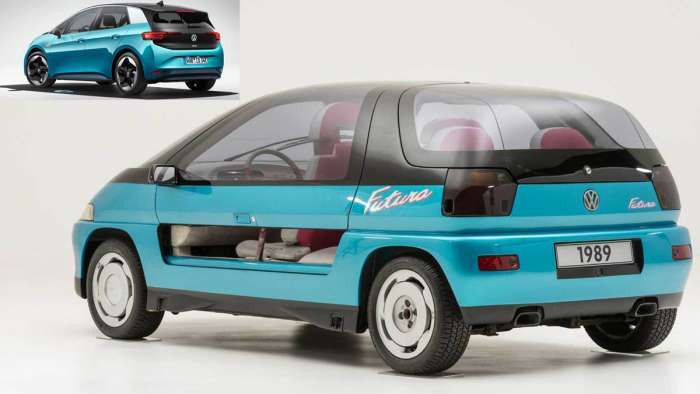 Now, featuring a one-box design (A-pillars moved forward with engine space, passenger space, and cargo space sitting basically in one shell), the Futura Concept had short overhangs, plentifully lavish cabin, and gullwing doors – similar to those on the SLS. The trick was that the gullwing part of the doors opened upwards (like it should). The lower part of the doors, on the other hand, retracted in the floor automatically.

A similar solution was on the production BMW Z1 - a sign of times, I would say. 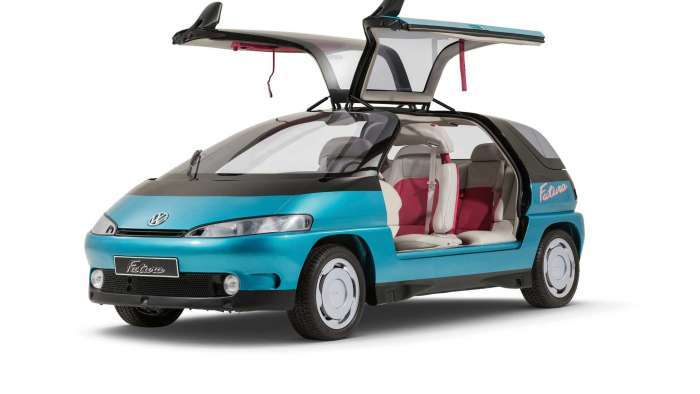 The shape that partly resembles what we in the US saw on the nineties Pontiac Trans Sport (only slanted and much smaller) did bring a certain futuristic flair. Far more important than that, however, was the tech installed onboard. This is where we can recognize the link between the family-friendliness of then advanced Futura and utilitarian family-focused ID3 EV.

While the Futura Concept isn't an electric car, tech features in it would not feel outside the realm of what we call advanced even today.
1989 Volkswagen Futura Concept features: 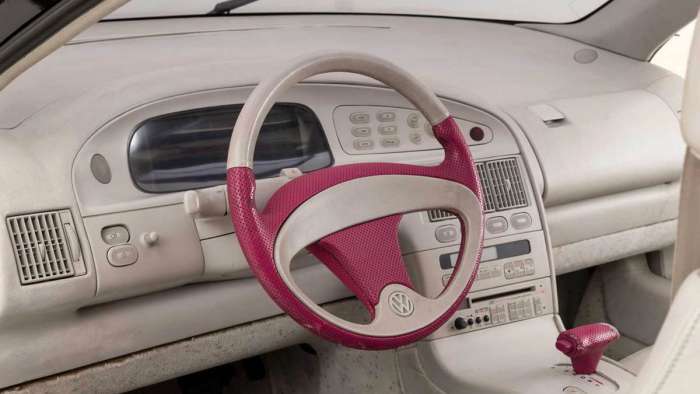 Now, apart from the one-box design, and similar livery options that both these vehicles share, you can get many features presented on the Futura in the ID 3 as well.
Sure, aside from the 1.7-liter, 82 horsepower internal combustion engine, which is, for an ID 3, a relic of the time long past.
Check out this table here. Almost every single advanced item presented on the Futura is available on the ID 3.

These two cars are exactly 30 years apart, yet, they share some technical similarities, unique one-box design, and focus toward family-orientated motoring. Heck, even if you compare the Futura with the ID Concept, which dawned in 2016, it is not hard to notice similarities like four seats inside and opulent, bright interior.

Conclusion
The similarities between these two may be a coincidence, but even so, one thing is clear - the designer who drew the Futura Concept knew the ways of the future. The Futura presented the possibilities in the car design we are wholeheartedly exploring right now. The development of electronics and tech revealed in the Futura is yet another clear sign of today's world. However, most importantly, I think, is demonstrated ability for creation of palatable one-box cars.

While I cannot draw a direct line between the Futura and the ID3 with certainty, I can say with the belief that the ID3 designers took serious inspiration from the car crafted more than 30 years ago.

Safet Satara is an automotive journalist and car enthusiast who has nurtured his automotive endeavors since he was 19 years old. He specializes in European cars, EV technology, and research about automotive industry issues. Safet has also written automotive pieces for Gearheads.org, Topspeed.com, Autowise.com, and various print magazines, including ProAuto. His specialty - testing cars - more than 500 tested cars under his belt. You can follow Safet Facebook, Instagram and Twitter.