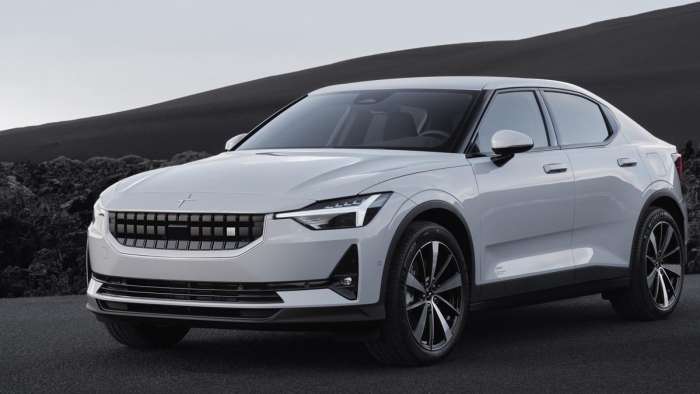 The Swedish maker of electric cars Polestar revealed its latest update for the Polestar 2 sedan. A four-door EV, first shown in February 2019, can cover 270 miles on one charge in its latest iteration.
Advertisement

With a 75 kWh battery pack, single motor setup with 231 horsepower, and front-wheel drive, Polestar 2 beats most of the competition in the range department. Most notably, it beats the Tesla Model 3.

Despite such claims, the 2022 Polestar 2 EPA range of 270 miles per charge is a considerable step up to the 2021 model. That one, officially, could do a tad better than 230 miles on one charge.

While this "long-range" result is the best company achieved, updated Polestar 2 is not the only Polestar novelty coming from Sweden.
The curiously styled machine just received an OTA update. The over-the-air update comes with a few new perks, such as updated driver-assist features and a new option that allows users to schedule charging. All Polestar 2 vehicles benefit from it.
On the other hand, owners of the models with a dual-motor setup and peak power output of 408 will have an option to purchase an OTA update that will release an additional 67 horsepower and 15-pound feet of torque. With 469 horsepower and 502 pound-feet of torque on tap, the 2022 Polestar 2 dual motor will be able to catch 60 mph in a relatively quick 4.4 seconds. This update is already a thing in certain European countries (Netherlands, Norway, Sweden, Switzerland, Finland, Denmark, Germany, and Austria). It is not cheap - we are talking here about a $1,130 update (in Great Britain).
Apart from slashing a few tenths of a second from 0-60 mph time (4,4 seconds), the update will also significantly improve Polestar 2 to mid-range acceleration. 50-75 mph can happen in 2.2 seconds! That is something only a Porsche 911 Turbo S could do 10 or 15 years ago. It should come in handy with overtakes.
I remember that Tesla offered $2,000 OTA update that increased Model 3 and Model Y performance. Come to think of it; it would not be a surprise if Polestar similarly priced its performance update.

The 2022 Polestar 2 qualifies for a federal tax credit of $7,500. Considering that its entry price starts at $45,900, with the top-spec model hitting just over $50k, it would seem that the Polestar 2 is a beautiful alternative to the sweetheart of the EV world, which is the Tesla Model 3.
With 270 miles of range and, dare I say, attractive design, the Polestar 2 makes a good case on the EV car market. It should convey that sporty pedigree Polestar is built on as well.