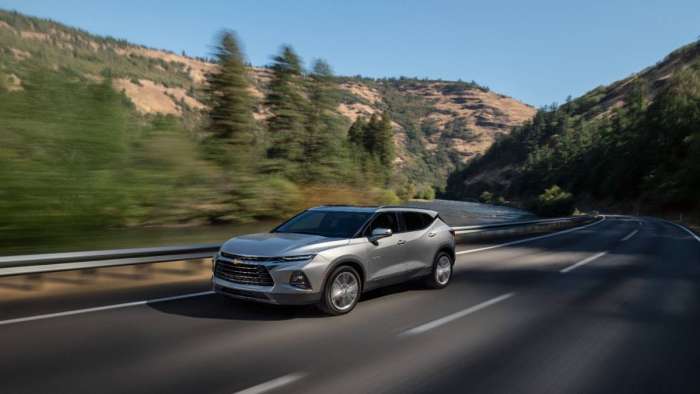 Tesla may currently hold the throne at the moment when it comes to overall EV sales, but their iron grip on the sales throne could potentially be coming to an end, with GM revealing plans to challenge them with a new $30,000 EV SUV
Advertisement

General Motors is taking its quest to dominate the EV market very seriously, and the company revealed in an announcement earlier this week that not only is the Michigan auto giant aiming for the top spot in the EV sales race, but it also intends to take Tesla off the throne with the help of a $30,000 EV SUV

GM Aiming For The Top In Sales

Currently, GM is second in EV sales, but the California-based EV maker has had the advantage of a head start and it shows with sales numbers that are far greater than GM's. Adding onto GM's woes is the ongoing Bolt recall which has currently morphed into the company buying back all of the affected Bolt EV and EUV models affected by a complex battery issue.

As such, the General has a lot of ground to cover and an equal amount of trust to regain if it ever hopes to beat Tesla in sales. One way of doing so will be the $30,000 EV SUV that the company revealed initial details about earlier this week. The new model will be an electrified version of the popular Equinox SUV which was confirmed by GM President Mark Reuss during an investor presentation. The Equinox has already created a solid fanbase and an electrified version would allow GM to enter a space in the SUV segment that is largely devoid of pure electric SUVs save for a few minor exceptions that are far above its price bracket.

Reuss also revealed that the Equinox EV will be joined by two other models, a Blazer EV and a smaller utility that will target the entry-level market. Unlike the Equinox, the details surrounding the Blazer and its mysterious companion were not released, but it appears that GM is creating a visible model ladder here for customers to climb with the Blazer EV being the top-rung entry, while the Equinox and the smaller SUV occupying the lower levels.

In addition to giving SUV buyers more choice in the EV market, the trio of electrified SUVs will play a key role in fattening GM's profits with the company claiming that profits in the EV segment will grow from $10 billion in 2023 to a whopping annual profit of $90 billion by 2023.

That also comes on the heels of GM making 50 percent of its global production footprint capable of handling EV production by 2030. That will be especially important in China which will be a key battleground between GM and Tesla especially with Tesla already building an operational Gigafactory in the country.