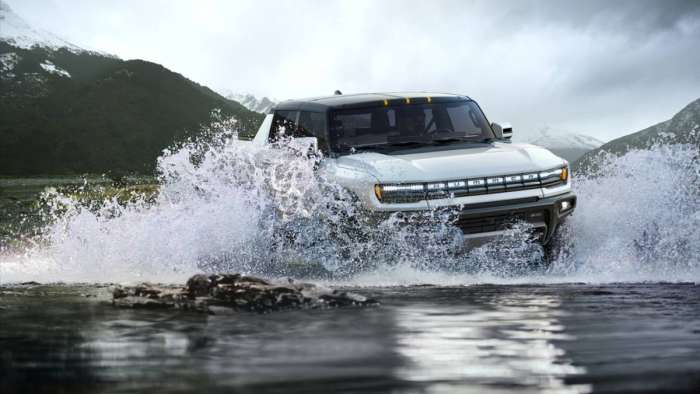 GM's plan towards an all EV future just received a massive boost thanks to a new investor who not only supports GM but also aims to contribute towards the implementation of these plans.
Advertisement

General Motors is committed to bringing the world of electrification to customers. While it has some pieces in place with a slick lineup of models and state-of-the-art technology to help power them, it still needs other things to help make the whole plan work. That includes investors, and a new one has thrown their hat in the ring to help give GM's long-term plans a boost.

Engine No. 1 Has Strong History In Investments

While Engine No. 1 LLC may sound like something that you would find in the local train station or rail yard, the deceptively named company has already managed to make a name for itself in the investing world. The last we heard from Engine No. 1, they were waging a hostile campaign against oil giant Exxon. Initially starting with only a mere 0.02% slice in Exxon, the investment firm eventually managed to get three of its four nominees onto Exxon's board, an impressive feat.

As for GM, things are going in a different direction, with Engine No. 1 CEO Chris James claiming that their initial investment in GM is a show of support, especially for the company's potential for growth once EVs are fully integrated into the lineup during an interview he did with CNBC's Squawk Box show.

"We think that this can be a growth company again we think this stock could triple over the next five years."

If Engine No. 1's hunch about GM does pan out, it would be a massive and well-needed shot in the arm for GM's stock price. The price has been relatively stagnant, with the company's Wall Street fortunes never breaking the $50 per share barrier until earlier this year. While that's far removed from the era when GM stock was easily over $100 a share, the tripling effect that Chris James claims could help rocket the stock price closer to that vaunted figure again.

A key factor for this success will ultimately depend on how well GM's Ultium battery technology and the first wave of Ultium equipped EVs mesh with customers. GM is hoping that demand will be strong and when that pent-up demand turns into sales, that will positively affect GM's stock price. As mentioned, James is looking to enter this particular investment in a supportive role and cited GM's "all in, both feet in the pool approach" as an elusive example of a positive attitude towards EVs, especially by a company that was once known for being extremely dismissive of the idea in the 1980s and 1990s.

The rewards are still there for the taking if GM can pull it all off correctly. A case in point is Tesla, which has become a darling of Wall Street (despite some of the erratic comments uttered by CEO Elon Musk at times) due to its strong commitment to battery technology as well as some of its novel approaches to vehicle promotion and sales.