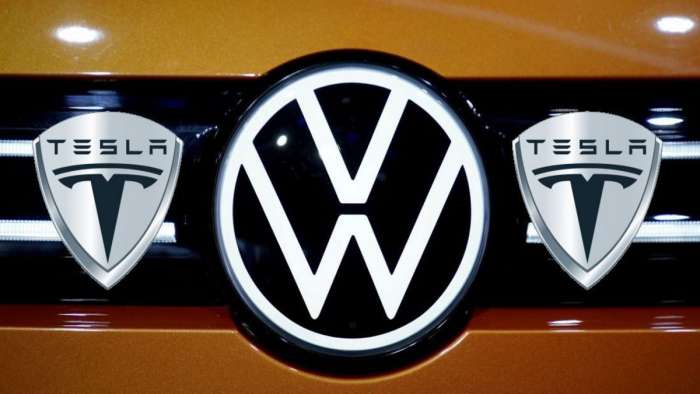 Tesla Worker Efficiency Has VW On the Ropes

We just learned the efficiency of how many cars are produced per worker for Tesla and VW (Volkswagen). The results show a huge efficiency lead for Tesla and if I were the CEO of VW, I would be scrambling to catch up.
Advertisement

We have some news of the efficiency of Tesla -vs- VW in terms of how many workers can make how many cars in Germany, according to a Reuters.com article. Let's see what the number say:

Let's do some simple math.

In terms of efficiency, Tesla is about 33% more efficient in producing vehicles per worker (28 / 41.66). This is a HUGE problem for VW. Let's do some simple math on dollars here:

The Economics of Tesla's Efficiency

Let's assume each worker makes $50,000 a year. This is less than the 2018 Median salary for a Tesla employee as reported by Business Insider.

Let's break it down to be even simpler. Let's see what it costs to make 1 car for Tesla and VW from its work force:

If you do the math here, it works out to once again, Tesla being 33% more cost effective with its work force to make vehicles. The numbers really do add up. If each company produces 1 million vehicles per year, let's look at what it costs each to do so from their work force:

When 1 million vehicles are produced, which Tesla will do from Giga Berlin - in fact, they will reach 2 million or more, that difference of $586 million dollars per million vehicles will have a dramatic effect on the bottom line of each company. Imagine Tesla keeping that $586 million and having it go to the bottom line and earnings per share. What a big boost for Tesla's stock.

On the other hand, for VW, the extra $586 million in expenses will greatly affect its bottom line and earnings per share, meaning its stock will not be as profitable.

When There is a Large Scale, Efficiency and Cost Savings Matter

I think we've learned from this mathematical exercise that efficiency and cost savings matter. The larger the scale, the more they matter. Best to start being efficient and saving on cost while the company is small so you don't have to build up this culture later on.

Tesla will keep getting more and more efficient. That's why I don't think anyone is going to catch up to them anytime soon. Even if VW gets as efficient as Tesla is per 1,000,000 cars, Tesla will find a way to reduce costs further by that time and will likely maintain their 33% lead for decades to come.

I can only see a potential threat to Tesla happen once the EV market is saturated and there isn't as much of a need to innovate on new products. What will happen then? What will happen when Elon Musk leaves Tesla?