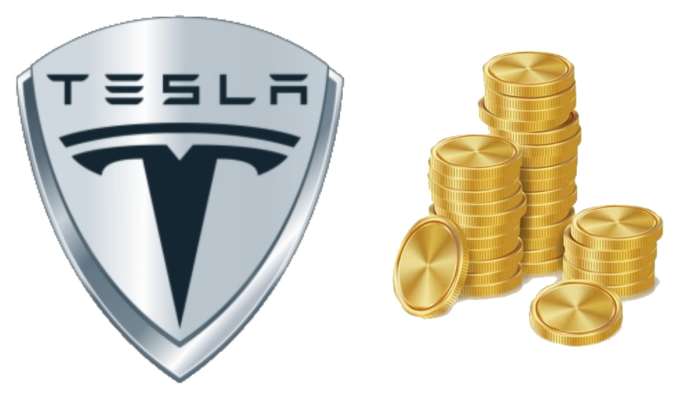 Tesla announced their Q3, 2021 Earnings today. It was yet another record quarter and the first time Elon Musk was not on the call. Results had EPS: $1.44 GAAP; $1.86 NON-GAAP.
Advertisement

All of this can be found on Tesla's investor earnings website

Tesla reported on Q3, 2021 earnings with these key metrics:

Tesla does not need regulatory credits to be profitable. They have a 28.8% automotive gross margin without them, still much higher than any traditional auto maker.

In addition, automotive gross margin was 30.5% and we learned that there is capacity for 40 GWh from megapack with a new factory being installed. This compares with 3 GWh installed in the last 12 months. Clearly, Tesla is getting ready for some major energy storage growth. Tesla has a total energy storage deployments growth of 96% compounded annually over the last 4 years. Very impressive.

Total revenue grew 57% year over year, driven by growth in vehicle deliveries and growth in other areas of Tesla's business. Average selling price declined by 6% year over year due to reduced Model S and Model X sales.
Profitability

Operating income improved to $2 billion compared to the same period last year, resulting in a 14.6% operating margin. This profit level was reached while incurring stock based compensation expense attributable to the 2018 CEO award of $190 million in Q3, primarily driven by a new operational milestone becoming probable.

US: California and Texas

Tesla's Fremont factory produced over 430,000 vehicles in the last four quarters and Tesla believes there is room for continued improvement. Model S production continued to ramp successfully and Model X production ramp and first deliveries have begun. Giga factory Texas is progressing as planned. Tesla in the process of commissioning equipment and fabricating our first pre-production vehicles.

Factory buildout remains on track with testing of equipment well underway. Tesla
expects to receive final permit approval before the end of this year.

Tesla had AI day which attracted a ton of AI talent. After presenting their vision for autonomy, they received an overwhelming number of applications. Also expanded FSD beta to more users with a 100 percent safety score to ensure a smooth rollout.

The 4680 in-house cell project continues to progress. Testing is happening on more and more battery packs and the results meet expectations. Front and read body castings are being produced at Giga Texas.

Energy storage deployments increased by 71% year over year mainly driven by strong Megapack deployments. Tesla announced a new Megapack factory with a capacity of 40 GWh, which compares to just 3 GWh of deployments in the last 12 months. Tesla is very excited about the future of Megapack.

Solar deployments were 83 MW increasing by 46% year over year, with cash/loan purchases accounting for nearly all solar deployments. Solar Roof deployment more than double year over year and continued to grow sequentially. Tesla is making further cost improvements on the installation side, in order to increase the profitability of the energy division.

Tesla rolled out safety score functionality which will be used for telematics insurance product. Tesla actively monitors braking, turning, tailgating, forward collision warnings, and forced autopilot disengagements in order to predict the probability of a collision. The system will continue to be improved.

Tesla plans to grow our manufacturing capacity as quickly as possible. Over a multi-year horizon, we expect to achieve 50% average annual growth in vehicle deliveries. The rate of growth will depend on our equipment capacity, operational efficiency and the capacity and stability of the supply chain.

Tesla has sufficient liquidity to fund our product roadmap, long-term capacity expansion plans and other expenses.

Tesla continues to target first Model Y production builds in Berlin and Austin before the end of the year. The pace of the respective production ramps will be influenced by the successful introduction of many new product and manufacturing technologies in new locations, ongoing supply-chain related challenges and regional permitting. Tesla is making progress on the industrialization of CyberTruck, which is currently planned for Austin production
subsequent to Model Y.

It was another record quarter for Tesla and earnings yet again beat expectations. Tesla is innovating in a variety of areas in the product design of their vehicles with over the air updates, FSD, the Tesla safety score, and eventual Tesla insurance.

Tesla is also innovating in the way they do manufacturing, with an automotive gross margin of 30.5% (28.8% without regulatory credits). That's very impressive. Tesla energy is also looking exciting and growing with the new 40 GWh Megapack factory being built.

I see Tesla continuing to have record quarters until we see electric vehicles and energy storage reach market saturation, at which point, perhaps Tesla Bot will start to take over for the growth in revenue and other areas.

What do you think of Tesla's Q3, 2021 earnings? Did they do a good job? What could they have done better?

LG's New EV Battery Plant Is a Welcome News for Tesla
Tesla Giga Berlin's New Hurdle: It's Not Only the Gov't, but Now Tesla Itself
END_OF_DOCUMENT_TOKEN_TO_BE_REPLACED