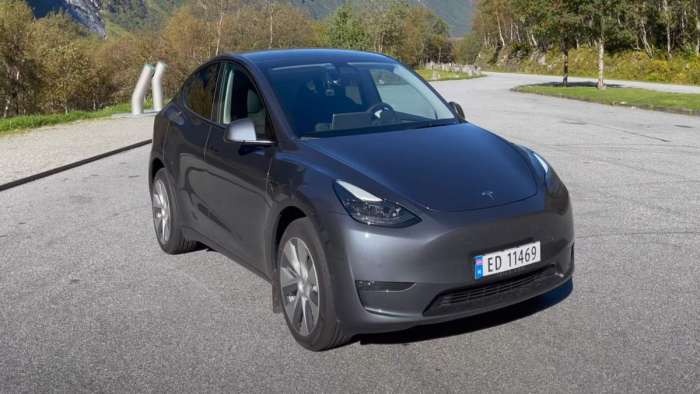 There is a recent report of Tesla recalling model Y vehicles in China. This isn't just for an over the air software update, but an actual physical problem with the vehicles. Could this mean that Model Y vehicles in the U.S. also need to have a physical recall? We'll answer this and more.
Advertisement

Tesla faced a scare today as it was announced that 21,599 made in China Model Y vehicles made between February 4, 2021 and October 30, 2021 will be recalled. Here is the official report from the Financial Associated Press Telegraph Financial News Service:

Tesla recalls 21,599 domestic Model Y electric vehicles due to the strength of the front and rear steering knuckles.

Tesla (Shanghai) Co., Ltd. filed a recall plan with the State Administration for Market Regulation. From now on, some domestically-made Model Y electric vehicles with a production date between February 4, 2021 and October 30, 2021 will be recalled, a total of 21,599 units.

For some vehicles within the scope of this recall, due to supplier manufacturing reasons, the strength of the front and rear steering knuckles may not meet the design requirements.

What are the Steering Knuckles?

If a steering knuckle breaks, it can cause many handling problems with the car. The vehicle may start to pull to one side, squeal when turning, and the steering wheel could shake or fail to return to center when driving straight.

Needless to say, the steering knuckles are an important part of being able to navigate your car properly and any damage to them, or inability for them to do their job means their is an increased risk of accident in the vehicle.

What about the U.S. and Europe?

Is Tesla in the United States impacted by this problem with the front and steering knuckles? What about vehicles in Europe? Fortunately, it doesn't appear to be so for the U.S. However, vehicles exported from China to Europe may also have this problem and we could see news in the coming weeks of the problem surfacing there.

Those who have Model Y vehicles in Europe now know of the issue and can go get it taken care of now. Tesla (Shanghai) is going to have to figure out why they were given faulty parts and either start to produce the steering knuckles in-house, or get a more reliable supplier.

Tesla will inspect the front and rear steering knuckles of Model Y vehicles produced between the two dates mentioned and make any necessary changes and modifications for driver safety without any charge.

This is the first Tesla physical recall I've heard of in quite some time. I think Tesla is going to have to take a good look at the supplier for these knuckles and decide if they want to keep using them, or switch to in-house development, or something else.