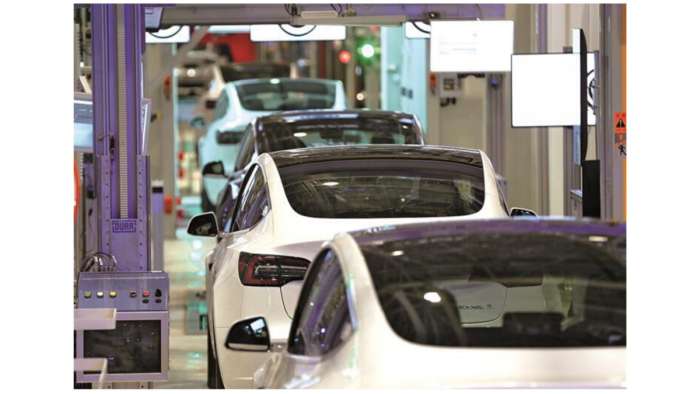 Tesla Closer To Release of FSD in China Before Europe

Tesla appears to be releasing FSD, its full self-driving software, in China, before it will release it in Europe. Why is this happening? Let's find out what the clues are!
Advertisement

There is a developer on Twitter, who goes by the name of Greentheonly, who has said that Tesla’s software code suggests Tesla FSD is already in China and China is coming before Europe.

Jay in Shanghai from China asked ‘Greentheonly’ when FSD would land in Europe. That’s when he responded, “China as the next priority it looks like.”

TorqueNews asked Greentheonly on Twitter about FSD in China and Greentheonly replied saying "Well, that is not something they include in the code, as you can imagine. For all I know they are already testing in China, the same as they are testing in Europe. Just the testers are under a non disclosure agreement."

He also said, "FSD is already in Canada (in the form of US cars wandering over the border."

Regarding Tesla FSD in Europe, he wrote, "We know there's some testing in Europe, relatively little is known about China though. So the code is sort of interesting in this respect"

Tesla has opened a data center in Shanghai, China. This data center was announced in April, 2021 and was built after Chinese regulators created laws that forced subsidiaries to store data locally. Therefore, Tesla was forced to build a local data center in order for FSD data to be captured and used.

One thing that many people aren't familiar with is that Tesla China is a company based in China and that company must abide by all Chinese laws and regulations. This is according to Tesla China head of communications and government affairs, Grace Tao. She said that the data will be very well protected.

Elon Musk has also stated that if Tesla used its cars to spy in China or anywhere in the world, that Tesla would be shut down. There was concern that Tesla vehicles could be used by U.S. spies in China, which would be a great concern to the Chinese government.

Tesla unveiled a new Dojo chip at AI day a couple months ago and my guess is that Tesla is going to need to have a version of Dojo that runs in China that trains data specifically for China and that training data will be stored in this data center. It makes sense and Tesla may end up needing to do this in other places in the world so that each specific location in the world can handle the cases for FSD specific to it.

What do you think about FSD being released in China after the U.S. and Canada? Is this a good move by Tesla? Will there be roadblocks in China for FSD, or will the Chinese welcome it with open arms?

LG's New EV Battery Plant Is a Welcome News for Tesla
Tesla Giga Berlin's New Hurdle: It's Not Only the Gov't, but Now Tesla Itself
END_OF_DOCUMENT_TOKEN_TO_BE_REPLACED