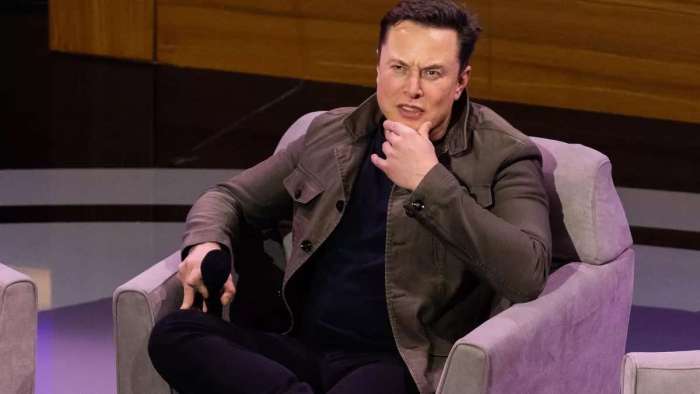 When thinking of what makes Tesla a good brand, many Tesla owners would say it’s the battery tech, the features, or other aspects that make them want to invest in the vehicle. However, Tesla’s real weapon is that Elon Musk makes the news for participating in banter.
Advertisement

A few weeks ago, Elon Musk dubbed himself the Technoking of Tesla as opposed to the C.E.O. This story got a lot of attention. There was no reason why Musk had to do that, but it didn’t hurt Tesla as their stock performance has been solid.

Most recently Musk decided to remark on Ford’s new autonomous driving technology. He did this by tweeting some “footage of the drive” using Ford’s autonomous driving tech. He tweeted out a clip from the movie Tommy Boy in which a 1967 Belvedere GTX convertible is swerving, driving on the wrong side of the road, and racking up one near miss after another.

Why Musk poked fun at Ford

Musk’s tweet of the movie clip was in response to Ford CEO Jim Farley. Farley did not directly address Musk in his tweet, but it was fairly obvious he was mocking Tesla’s autonomous driving approach. Farley basically said that his AV technology was tested in the real world. Tesla has received a lot of media criticism for certain accidents that happened while a Tesla was in autopilot mode. Musk responded by painting Ford AV technology as a bull in a China Shop.

Ford is coming out with their brand new AV technology with a system called BlueCruise. Many sources are hailing Ford’s technology as being rolled out carefully. Tesla is being less risk averse now than they were previously, but they also have many years under their belt either testing or mass-producing cars with autonomous capabilities.

The capability of BlueCruise

Ford’s system is an SAE Level 2 autonomous driving system. It will have limited capabilities at first and will only be autonomous on certain roads. Ford says BlueCruise will communicate with drivers by using a combination of text and blue lights. This differs from the system that GM has which uses red and green lighting. GM’s system has received scrutiny due to the fact colorblind drivers have struggled to use it. Ford’s system will require drivers to put their hands on the wheel every so often just like Tesla. It will be interesting to see how Ford can get up to speed. This autonomous technology has improved a lot over the past few years. One would think that Ford would take advantage of that and move its progress along faster.

Musk will make headlines again for something like this

There will be many more Elon Musk headlines to come which put him into the limelight. Musk seems to have some confidence and even cockiness to him, but also some humility. He does from time to time put himself into the press for all different kinds of reasons. He strays away somewhat from writing checks to himself that he can’t cash.