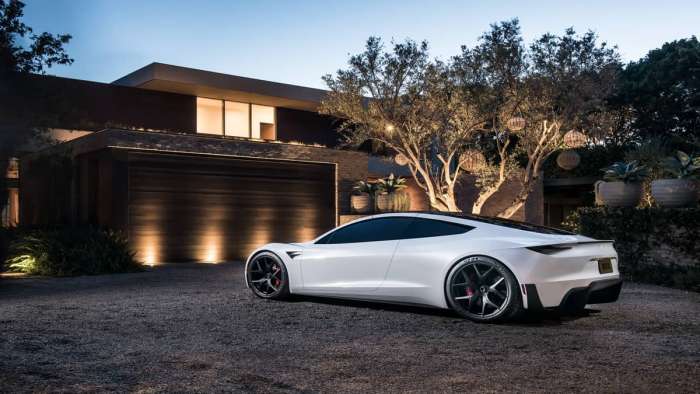 Elon Musk described 2021 as “a year of super crazy supply chain shortages.” Tesla has already delayed the Cybertruck and the Semi, so one can hope delaying all of these vehicles won’t backfire.
Advertisement

Musk has indicated the Tesla Roadster will now be pushed back until 2023. In many ways, this announcement isn’t such a surprise. The Roadster really hasn’t been in the news much recently.

It is more than likely these supply chain shortages will be an issue into 2022 and maybe even for some years after that. This doesn’t mean that Tesla won’t be able to come out with the Roadster. Musk needs to hope for the best but also prepare for the worst.

Tesla has faced a lot of challenges over the past couple years but have been able to churn out a lot of products anyway. Some of these delays would have happened anyway. However, the lockdowns and the supply chain shortages have made Tesla rethink the timelines for many of its key upcoming releases.

The Cybertruck should be a higher priority

The Roadster is slated to be an electric sports car with a price tag of over $200,000 which is a price very few people can afford. The Cybertruck has a lot of good attributes and has a distinct design for a pickup. This is why it is important Tesla goes forward with the Cybertruck. The Cybertruck has the chance to be a high-volume vehicle for Tesla. Tesla has already made a Roadster so this new Roadster will be an upgrade compared to its predecessor.

The Roadster will still be a great addition

The Roadster will still be a great addition to Tesla’s model fleet. Tesla vehicles have been known for fast 0-60 times, but the top speed of those cars were not nearly as impressive. Things are expected to be different with the Roadster because it is expected to have a top speed of 250mph.

In some ways, the delay of the Roadster could be seen as a blessing in disguise. It can work in Tesla’s favor when its vehicles are delayed because that means the cars come equipped with the latest technology. That being said, Tesla needs to figure out how to work with the supply chain woes.