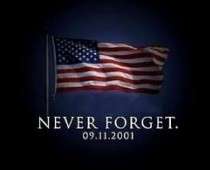 Remembering 911 with names and Taps can make a stone cry

Anyone who heard the names of those lost on 911 ten years ago can still feel cracking of all the hearts of the families left behind, but at no time is this more profound than the trumpet sound of Taps.
Advertisement

Cars and auto news can wait today, as there is simply more in life that sometimes needs to be addressed, like the memories of those lost on 911 and the grief of those left behind.

There is one thing about grief: Any kind of grief associated with loss, whether it be a personal loss at home or a national loss such as 911, never fully goes away. We may go on with our lives, but somehow every sunset, every song, every subtle moment alone can bring back the feelings of loss almost immediately.

My own brother- in-law, Joe Gibbs, passed away in March, and I see my wife go through her own grieving process for her brother as does Joe’s mother, Virginia, now 86.

Yet, emotions are not bounded by time, as the 10 year anniversary of 911 has proven. It still has those who suffered loss still grieving today as though it was yesterday. As sad and profound as that fact may be, that’s simply part of human life and our spirit in this flesh.

It doesn’t matter how old they were when they passed or how long it has been since they passed, all of those people will be surely missed and seldom if ever forgotten. The pain more often than not is just as real as it was on the day of their passing. Perhaps only the Almighty has the power to fully wipe away those kind of tears.

Every memorial is a thus sad time that all can relate as I did today to every loss of life on 911, as tear-filled eyes heard the names and witnessed the heaving of heavy hearts today.

There are two sounds, though, that all those who served in the military well remember: The first time we heard the National Anthem in uniform, and the sound of Taps after the loss of a loved one or fallen comrade. Both emit a deep emotion that even the toughest soldier simply cannot hold back.

Joe once told me after the ceremony of his own father, a WW2 veteran buried at Great Lakes National Cemetery in Michigan, that “Taps can make a stone cry.” Who knew that I would hear that sound again, but for Joe in the very same place just two years later.

Regarding 911 and every national event, we may say, “God Bless America,” often enough, but it’s time to also say, “Thank You, Almighty God. Thank you for blessing America and reminding us now and again that we are not here just for ourselves but to serve, comfort and console one another.”

And as I recollect my own thoughts on life and the losses that all of us endure in life, today on the 10th anniversary of 911, I sense all the stones in America shed a tear as well.

[Photo: In the fog of the aftermath of 911, I have forgotten the source of this photo, but it is fitting]