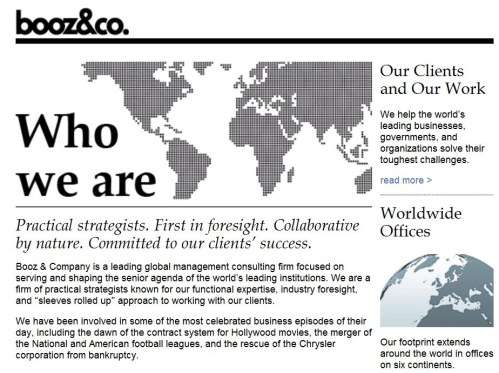 Call it what you will, but a new wave of optimism is overtaking the U.S. auto industry as it rebounds from the depths of the recession and a brutal restructuring.
Advertisement

If you suspect optimism is skyrocketing in the auto industry, that’s precisely how the report reads by Booz & Company with its second annual U.S. Automotive Industry Survey and Confidence Index.

In February and March of 2012, Booz & Company surveyed more than 200 executives from more than 75 automotive vehicle manufacturers and suppliers; and key findings from the survey are valuable to both industry analysts and auto sector investors.

“Bullishness and optimism prevailed in the survey results. Auto executives clearly believe the industry is back,” says Scott Corwin, a partner at Booz & Company. “It has emerged from the lows of the 2009 recession with a much stronger and more stable foundation. The newly restructured industry is leaner, is stronger and has gone ‘back to basics’—paving the way for a brighter, more profitable future.”

Relative to last year, industry executives are significantly more bullish on the state of the automotive industry; 94 percent of OEMs and 92 percent of suppliers described it as either “somewhat better” or “much better” than last year.

Note here's what present auto industry leaders say will likely shape the automotive industry in the next two years:

1. Reemergence of Fundamentals: The U.S. auto industry has learned the tough lessons of recession-driven restructuring, and this is driving a “back to basics” approach focused on strengthening balance sheets, producing excellent vehicles, and not letting supply get ahead of demand.

2. Shifting Demand Centers: Emerging markets are gaining steam, and all automakers need to learn how to deal with different economies, consumers, and competitors.

3. Powertrain and Technology Uncertainty: Alternative powertrains are still in play, but their success depends largely on government support and fuel prices. The industry is moving toward fully digital, connected cars, but automakers are struggling to decide what to place their technology bets on, and how.

4. Interconnected Supply Chain: The unfortunate events of the Japanese tsunami and floods in Thailand brought home the interconnectedness of the global supply chain. 92 percent of OEMs and 85 percent of suppliers say they are seeking ways to mitigate these risks in the future.

Perhaps there can be no finer ending to this report than a quote from Booz & Company itself.

“Walk on almost any car lot and you will see that this has definitely been a product-led renaissance. Coming out of the industry restructuring, OEMs and suppliers have addressed a number of fundamental problems in production capacity and labor, and are demonstrating much greater discipline around product and pricing,” says Brian Collie, a partner at Booz & Company. “If the industry can stay disciplined and preserve the efficiencies it fought so hard to implement, the future looks bright and profitable.”

However, this reporter especially takes issue with key point number 3. Why so much uncertainty with powertrain technologies? Truth is, there are alternate powertrain technologies out there that are not dependent on government support and fuel prices to succeed as much as electric propulsions. Take the HCCI and the Split Cycle engine technologies. Both are capable of increasing MPG by a significant margin; and there are no special space-age materials involved.

And that's not all. Fact is, all cars, including electrics and IC engine propulsions, would benefit from lighter auto bodies made of aluminum and/or composites. Yet, this key factor in the report fails to address that sufficiently. So no wonder it cannot be awarded with skyrocketing optimism.

With that stated, nobody should wonder how leaders in the auto industry continue to fail to relate to upcoming technologies besides electric motors, considering the government says the majority of autos in 2030 will still be powered by IC engines. They're still not paying attention to the new tech development messages and the obvious trend stats that are IC engine focused.