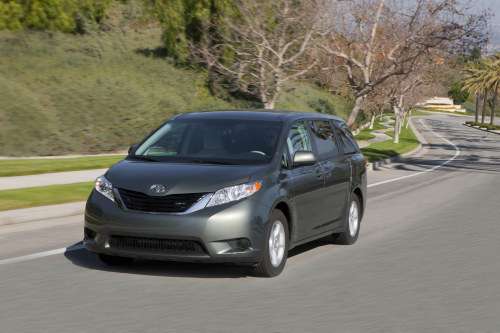 NHTSA Campaign ID 10V620000 N/A is officially in play for another Toyota recall. Components affected this time are the pedals and linkage of the hydraulic service brakes. The brake stop lamp switch, due to its proximity to the parking brake pedal, in limited circumstances the operator’s foot could damage the stop-lamp switch bracket.
Advertisement

While reports have shown on the web as early as last week, the consequences have been confirmed by the government to center on brake effectiveness being reduced, and increasing the risk of a crash.

According the official NHTSA release, this could result in brake drag with associated brake noise, vibration, and/or illumination of the brake warning light. Ref link is saferCars.gov

The remedy is to have Toyota dealers replace the bracket assembly free of charge. Toyota also plans to mail an interim owner notification in the middle of January 2011, to advise owners of the recall. A second letter will follow when parts are available to complete the repairs.

A case for vehicle integration

While it is common knowledge that Toyota has been plagued with as series of recalls the past few years, it is not common knowledge as to why. For the record, design engineers within the auto industry do more than just design individual component parts. They also integrate them into vehicles

In fact, special teams are assigned at most automakers to assure that all the components are integrated properly so as to not restrict fit, form and function. GM, for example, has had VA&I in place for decades, which stands for Vehicle Architecture and Integration. They create and check against static and dynamic packaging criteria. GM also has a process called, Inherent Criteria, which places packaging criteria of components as subsets of data that travel with each digital 3D component model.

Point is, anytime function is compromised, the integration of the component is looked at first, especially if the component part is considered fully functional.

The amount of integration related failures at Toyota, though, like the accelerator pedal which was interfered earlier by floor mats, could imply a breakdown at Toyota of their integration and design verification processes.