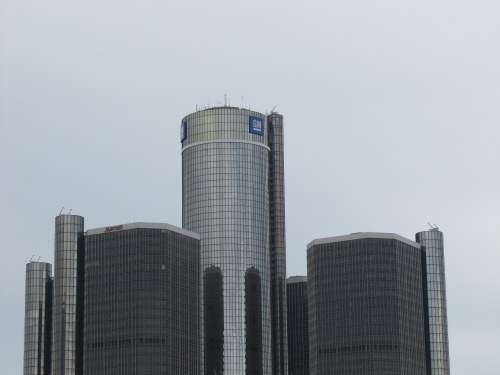 As far as rivals go, Ford grabbed the social-media lead from GM some time ago. So, in an unprecedented move at GM, marketing chief Joel Ewanick brought on Big Fuel this past summer to handle social media for all four of GM's U.S. brands.
Advertisement

According to an article in on-line version of the Detroit Free Press, freep.com, Big Fuel, a 7-year-old New York social-media agency, has now chosen Detroit for its first satellite office, and will put employees in downtown Detroit.

Moreover, the firm plans to employ about 30 people in Detroit by the end of January in an office that opened last month on the 31st floor of Tower 300 at the Renaissance Center

In addition, Big Fuel plans to relocate about four or five people from its New York office and focus the rest of its hiring on local advertising workers, many of whom were displaced by the post-bankruptcy churn of ad agencies at GM and Chrysler.

According to the article, the mandate for Big Fuel to revolutionize GM's social-media efforts starting Jan. 1, is already in play. Using 110 full-time staffers in Detroit and New York, the agency's work will include managing all of GM's Facebook pages, but also plans to launch its own programs for Buick and Chevrolet in early January. There were no details given, though, about any Buick plans, but revealed the Chevrolet program would be called "Cruze-arati."

Plan is, Chevrolet will give Cruzes to people who already have an online following for their opinions on fashion, entertainment or sports. The Cruze-arati won't blog or make videos about the cars, but they will use their connection with GM to get access to recording artists or sporting events. Then they'll write or make videos about their experience, which will be available on www.cruze-arati.com, the Cruze's Facebook and Twitter pages and the participants' existing Web pages.

Unfortunately, the live web link within the article appeared down Sunday evening for further evaluation. Perhaps it is just too new.

Still, Ford’s hold on the social-media lead is strong. After all, the unveiling of its new Ford Explorer was on Facebook and launched the Fiesta Movement, a program that loaned Fiesta subcompacts to young drivers and encouraged them to create videos and write about the car online; and that happened more than a year before the first car ever sold in the U.S.

Still, GM is planning on a number of programs of its own intended to eclipse Ford’s Fiesta Movement. According to the article, CEO, Avi Savar, was quoted as saying, "What we're talking about is building an army of 110 people that will focus on nothing but GM's brands and do nothing but social media."
___________________________
Additional Reading: