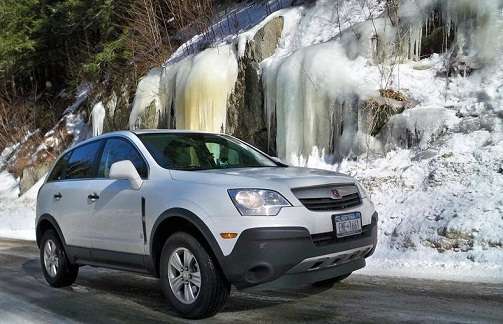 That may explain why the former employees still meet once a year on the first Friday in December at Plush Pockets on Dequindre & 12 Mile Road in Warren, Michigan.

The Saturnites, the group name on Facebook, are pulled together by Sheila Depoorter. A debt of gratitude is owed for her tireless efforts in coordinating the group as well as the reunions.

Now that I am early retired, and having been a member of the ’91 Launch Team when the first Saturn rolled off the line in Spring Hill, I especially looked forward to seeing old friends and former colleagues. It comes with age. That in itself is not unusual for many companies, but Saturn employees always had a special bond that went far beyond paychecks. Anyone there would tell you the same thing - Saturn was the best corporate experience they ever experienced. I know many old GM people still don’t get it.

Engineering, design and technology within a corporate environment will always get you a car as an output. The key is getting that car out in a team atmosphere where consensus rules the decisions. That’s correct. At Saturn, if you were only 70% comfortable with a team decision, you did have to be 100% committed to that decision once it was made. Furthermore, all employees agreed to that; well, almost all.

Within every organization you have those people who are just narcissistic enough to scuttle the process. Saturn had a few of those, but most came from GM proper. Those people seldom if ever attend the reunions. They were never part of the team by their own choice, attitude and performance.

Often starved for product by GM, Saturn the car is now officially gone; as is the wholly owned subsidiary that incorporated it. Strange how a company can be wholly owned but its employees are still not counted as equals within the GM corporate umbrella. It especially showed when Saturn employees were segregated by GM when it came time to not counting their Saturn years toward GM’s early retirement supplement. I’m shocked nobody sued over that inequity. After all, Saturn was NOT a spun-off division like Delphi; plus all benefits promised in the beginning were supposed be equal to GM.

Oh well, life goes on. I had a great time seeing people like Bill Otto, Glenn Weathers, Barry Parker, Mike Thieleman, John Raven, Al Aubuchon and a host of others. All worked at 1420-1450 Stephenson building in Troy, as well as the 12-Mile facility near John-R.

So the 2010 Saturn Reunion is now history, and next year the group will meet again. None are getting younger for sure; and we sure missed Chu Maing Tai who passed away this year.

Bottom line here is, GM would have done itself a great favor if it had Saturnized. Instead, the main holding company opted to be what it always was - stodgy. For sure, the entrenchment of GM’s old ways had to go but somehow never did. Shape-shifting was always in vogue, though.

That is what really inspired me to write my first book, “Perfecting Corporate Character.“ Furthermore, I believe it was the old GM attitude that led them into bankruptcy as much as finances; plus that human proclivity to think a “Plan to Win” was somehow sufficient to actually save the day. Still, the Saturnites have genuine hope for GM. From all that I heard at the reunion, everyone wished the company well as it goes forward.