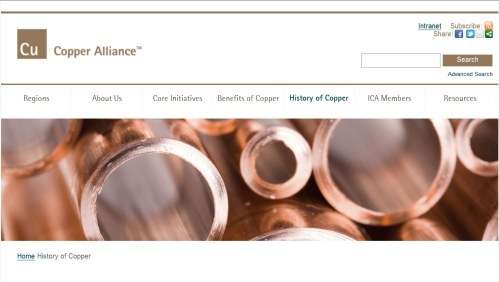 The auto industry may be looking for alternatives especially when it comes to the cost of rare earth materials, but it is the Copper Alliance and their video that will be used to enlighten the SAE 2012 Powertrain Electric Motors Symposium for Electric and Hybrid Vehicles in Detroit.
Advertisement

Permanent magnet motors require rare earth metals, while copper rotor induction motors do not. This is significant as prices for rare earth metals have increased more than 400 percent in the last two years as of April 2012, according to metal-pages.com.

This is precisely why the International Copper Association in alliance with the Copper Development Association will show a video demonstrating the strength of the copper rotor motor for EVs April 23 at the SAE 2012 Powertrain Electric Motors Symposium for Electric and Hybrid Vehicles in Detroit. Auto industry experts interviewed for the video weigh in on the viability of the copper rotor induction motor as an alternative to the permanent magnet motor for electric vehicles.

For example, the copper rotor induction motor is a strong alternative to the permanent magnet motor for electric vehicle traction when comparing cost, performance and reliability, say automotive industry leaders in a new video released today by the Copper Alliance.

The video features industry experts from Remy International, Inc., Fukuta Electric & Machinery Co., and AC Propulsion, all companies that have supplied the copper rotor induction motor for electric vehicle use.

This is actually the first time auto industry experts have gone on record saying the copper rotor induction motor is a strong alternative to the permanent magnet motor when considering price, reliability and performance. It's a cutting edge technology that is quite possibly the wave of the future for electric vehicles -- especially as prices continue to rise for rare earth metals from China.

As you can surmise, it is the result of cost increases that suppliers are now looking for alternatives to rare earth metals, says Wally Rippel, chief technology officer and co-founder of AC Propulsion, located in San Dimas, Calif.

“We’re now in a situation in which getting the rare earth materials for the permanent magnet motors is becoming increasingly difficult, both due to supply and demand,” Rippel, says in the video.

Likewise, Fukuta Electric & Machinery Co. in Taiwan has already collaborated with Tesla Motors on the development of a copper rotor induction motor for Tesla’s electric Roadster.

Keep in mind what Gordon Chang, Fukuta’s founder and general manager, says in the video. “We have seen that Tesla’s copper rotor motors haven’t had any problems during the nearly four years that they have been out on the market. This is sufficient proof that this product is able to pass the so-called four-year field test.”

“It’s a perfect opportunity for the CDA to collaborate with engineers and designers, and ultimately, their consumers, as we show how copper rotor induction motor technology will benefit the electric vehicle industry,” Weed says.

The following are details that the public may not have full awareness. For example, copper induction motors have comparable torque and efficiency to permanent magnet motors, along with a rugged, durable design. There are other advantages, like the following:

- Copper rotors don’t have a drag loss due to reluctance while running and their efficiency remains high during high speed and low torque conditions. This makes them well suited for both pure electric and plug-in hybrid vehicles.
- Copper rotors provide an economic advantage over aluminum rotors. Although the raw material cost for aluminum may be less than copper, a motor with a cast copper rotor can be up to 25 percent smaller than an equivalent motor with an aluminum rotor, and so is less costly overall. The superior heat conduction of copper also contributes to cost savings.
- The use of die-cast copper rotors (a manufacturing technology that has been perfected over the last 10 years) provides an efficient, mass-production process.

Other Automotive Copper Facts to Consider*

- The average car produced in North America has 50--55 pounds of copper in it. In an electric car, that amount triples to 150--180 pounds.
- More than two-thirds of the copper will be found in the car’s wiring harness and electrical components.
- Copper has the highest conductivity of any metal that can be practically used for conveying electricity.

For the record, this reporter will be attending the SAE World congress to cover such subjects and events.