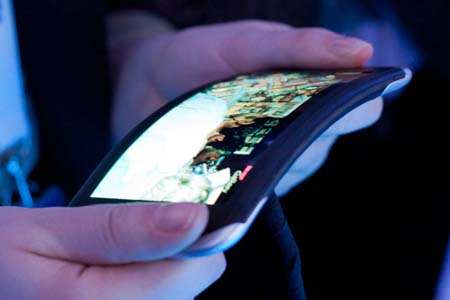 While the latest move by GM to withdraw advertising from Facebook before its IPO is a business decision, it also reflects far more than just advertising dollars - increasing attempts to control and dominate the social media agenda.
Advertisement

Think about all those social media commentaries which now use political-like tactics, especially as they challenge auto journalists, including commentaries on what is expressed in automotive opinion pieces and reviews. At risk is freedom of reporting and expression. Then ask yourself how free was that last writer who wrote a positive piece ad nauseum on some new luxury model, especially after they may have been perked at OEM marketing expense. Suddenly you get the drift: Someone is attempting to control the automotive social media agenda.

There are at least three types of journalistic pieces within the auto world today. They include: news, reviews and news/opinion pieces; and all are under close scrutiny these days by automakers as they attempt to control their marketing messages. While a news release is hard to revise, reviews and opinion pieces about a news release and a product are loose cannons in the minds of auto marketers.

Whether it is GM, Ford, Toyota, Fiat-Chrysler, or any other auto corporate entity, control over corporate and brand marketing messages, is a fiduciary right. However, I’m finding more and more that the game is changing fast, as automakers with their newfound power of social media teams and departments attempt to control social media thinking itself, by permeating their own marketing messages at every article, blog, post and forum that challenges their message. In the early email days, that was called blasting.

It is not wrong to monitor or respond to correct inaccuracies. However there is a bold line that is being crossed which places auto writers and their employers in precarious positions. Especially at risk is truth and freedom within auto reviews due to increasing comments which use anonymity to hide personal attacks to reestablish the marketing message agenda.

War by Other Means

War by other means is still war; and pressure, regardless of the type is still pressure. And nowhere has that kind of war and pressure been honed better than with the Japanese automakers and their Kaizan friends, who practiced business in such a way that it would have resembled the best of any Pentagon and covert CIA plans.

Nonetheless, do not be fooled into thinking the American automotive OEM marketing machines do not have their own set of war plans. With the advent of the new freedoms of expression via the social media outlets, companies have now waged their own form of battle plans for control of the social media itself.

While advertising is a powerful tool, I have been deeply suspicious for well over a year now that these same teams of marketing types which create social media messages are now infiltrating the web deeper to attack, challenge and through both subtle and not so subtle manipulation of words ultimately control what is written in reviews, blogs, forums and those comment boxes at the bottom of most article sites. The battle lines drawn compare now to religious and political sides, where zealotry or a paycheck overrides respect for a different viewpoint.

Freedom of speech and expression is a precious commodity in American culture that is has been under attack in just about every venue. That is why I never delete them. However, with the creation of the social media, the arena has now become an open pool whereby the public has grabbed power from the traditional journalistic power entities. It’s easy, for example, for automotive marketers to control a few traditional journalistic entities via advertising dollars; not so easy with social media especially as long as they remain truly open and free; and that is about to change as well.

Truth is, while it is now open for the public to have their say on social media sites, it also brings out the marketing tacticians to take back control of the messages; and that is precisely what I’m finding as I peruse articles, write opinion pieces and interact with readers via email.

Of course, nowhere is the act of message control more prevalent than in politics. Control the discussion and they (whoever they may be) control the message, and any opposing message gets trashed by belittlement, overtalking, overwriting, attacking without real substance. The latest, though, is to state that anyone who does not think according to someone’s Hoyle is unAmerican, or not part of some journalistic club, like the auto review circle. In this regard I refer now to auto reviews, especially opinions that challenge the marketing messages within news releases.

I expect a news release to provide information. I understand the drive towards hype, but it gets overdone sometimes, especially when facts and statistics are given more weight than their numbers really prove. Of course, if you challenge that then you become subject to open ridicule. Question is, by whom?

Now notice how rude people have become on Facebook and other social media sites. They will write whatever comes to mind with so much hatred and insult, and where allowed, more often hiding behind false names and identifications so as to remain anonymous. They will get in your written face without having to get in your face where you might punch out their lights.

Behind the Attack of the Marketing Machines

Why the anonymity? It’s to hide their own agenda. And I’m finding that an increasing amount of comments, blogs and forum comments are nothing more than OEM marketing machines and zealots waving their brand flag. And while I have no problem with that right, I do have a problem when they attempt to smother honest opinion which might embarrass them and their marketing position, even when done in a respectful way. To me it is an affront to a free press.

Opinion is one thing; and everyone has a few or a hundred. And it is a right that we need to protect. However, as an automotive writer who reviews mostly technology, I dare say that most still do not know the difference between a bonafide car review based on a ride and drive over a news opinion piece about a technology choice within a car. Yet, they condemn opinions equally without any distinction. Sometimes it's not about the car, but the decisions which held back the car from being all it could have been. Of course every opinion article has an element of favor or dislike to it; it goes with the category.

Moreover, the responses in comments have led me to become suspicious that social media marketing types are ramping up their infiltrations of what should be free but intelligent commentary and bantor brought on by differences of outlook and perception. Unfortunately, debate becomes personal attacks far too often; and I believe that tactic is intentional, not just poor character.

First, be apprised that most news reporters regurgitate all or parts of official news release from the auto OEMs. You do not want opinion in a factual news piece. That is a legitimate practice, albeit some do it better than others as they add their flair, their angle, their emphasis on what is important within the news. When a personal opinion comes in to play, though, it should be stated as such, and the article categorized as News/Opinion; even Google recognizes that. I think TorqueNews writers are different in that they bring a different flair to articles, likely due to writers coming from various regions of the country. (There, that’s an opinion).

Second, it should come as no surprise that news releases from auto OEMS are written by marketing teams. Of course, it is their paid job to present their product or service in the best light possible. And of course this often leads them toward embellishing on items that any other time might not be even mentioned.

All of us should read with caution all comments on social media about auto news, reviews and opinions, because, unlike an originating opinion page whereby you have full disclosure of the author, you do not really know who these people are that write these comments. They may be average citizens who have honest opinions; then again, it may be a paid agent or a zealot for the automotive marketing machine that is attempting to control how you should think. And to those who think you have to be a part of some review circle to be worthy enough to express an honest opinion about a car, I say the following:

Most auto review circles are often filled with like-minded people who never, ever designed anything in their life, let alone a car. Unfortunately, some regurgitate then pontificate what the OEMs feel readers and blog posters need to read; seldom provocative enough to voice any opposing or revealing opinion; much like politicians with party affiliations, except they're corporate affiliated. If they don't they may not be invited back. After all, they like those perks, too; like trips, hotel rooms and food as a soft-side payment for their reviews.

That's why I owe no allegiance except to myself and the truth, whatever that may be. I never go to these OEM events unless they are local, and don't need them to put food on my table. If writing truthful articles and honest opinions make me a poor auto reviewer (among other condemnations), then so be it. I can live with that. Besides, it’s the design and the technology that makes the car, not the media hype; always did, always will.