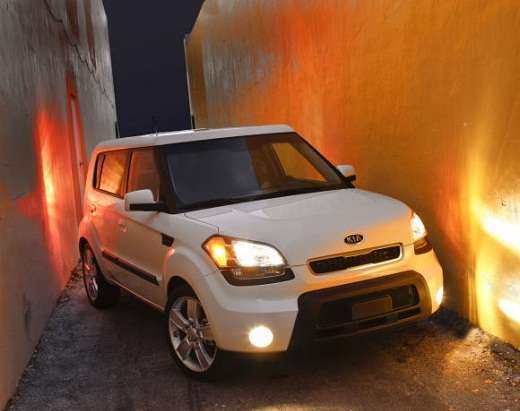 A new agreement to increase trade between the U.S. and South Korea temporarily keeps tariffs on automobiles. The trade pact, and the pivotal role autos played in negotiating the deal, is a good opportunity for car guys like us to review basics economics, and see the wider effect of the tariff.
Advertisement

On Friday and Saturday, December 3 and 4, The Wall Street Journal reported that South Korea and the United States just agreed on a far-reaching deal to increase trade between the two countries, largely by reducing barriers to products – the sort of deal that's often called a free-trade agreement. But to please both sides, the deal keeps in place tariffs that both countries impose on motor vehicles, the newspaper reported.

Korea scarcely does better. Under the deal – which still must be approved by legislatures on both sides of the Pacific – the Asian country immediately cuts in half its tariff on U.S.-made cars, reducing the levy to 4 percent. But South Korea eliminates a 10-percent tariff on American trucks as soon as the deal takes effect.

The Wall Street Journal presents those terms as a compromise, because auto imports and exports were a major sticking point that was holding up the agreement. The paper reported that, on the American side, both Ford Motor Co. and the United Auto Workers union (UAW) lobbied to keep the tariffs on Korean cars, aiming to reduce the sales of vehicles by Korea-based Hyundai Motor Co. and Kia Motors Corp. in America. (Both companies also manufacture cars in the U.S., but in non-UAW plants.)

First, a tariff is a tax. It increases the prices we consumers pay for the goods covered by the tariff.

The whole reason the Obama Administration negotiated the Korean deal is because active trade it known to increase the prosperity of the U.S. (Actually, it increases the prosperity of both trading partners, but each side is really only interested in its own prosperity.) People gain access to more products, at lower prices. It's an ultimate spread-the-wealth arrangement, because when you spend less on one thing, you have more left over to spend on another. Reducing prices across the economy adds up to more trips to McDonald's and the Ruth Chris Steak House, more refrigerators, iPods and flat-screen TVs, extra snowmobile purchases, more grapes and blueberries for the table, and on and on and on.

Naturally, that creates more work supplying refrigerators, iPods, TVs, snowmobiles, grapes and blueberries, meals at McDonald's and Ruth Chris, and on and on and on.

But it also makes life harder for companies that make goods which compete against the tariff-free imports. If you're, say, Ford Motor Co., you have to try harder to make vehicles that drivers will want to buy more than, say, attractively priced Kias.

Thus Ford, and its workers represented by the UAW, lobby hard to keep Korean autos as costly as possible.

However, while more expensive Kias may help Ford, it hurts the population at large, reducing by an increment the money people could otherwise spend otherwise.

In Henry Hazlitt's classic book Economics in One Lesson, the author stresses the importance of looking beyond the immediate beneficiaries of a policy to find all the other, unnoticed groups harmed by it. By helping, say, Ford, tariffs on Korean cars are harming people who consumer and people who supply refrigerators, iPods, TVs, snowmobiles, grapes and blueberries, meals at McDonald's and Ruth Chris, and on and on and on.