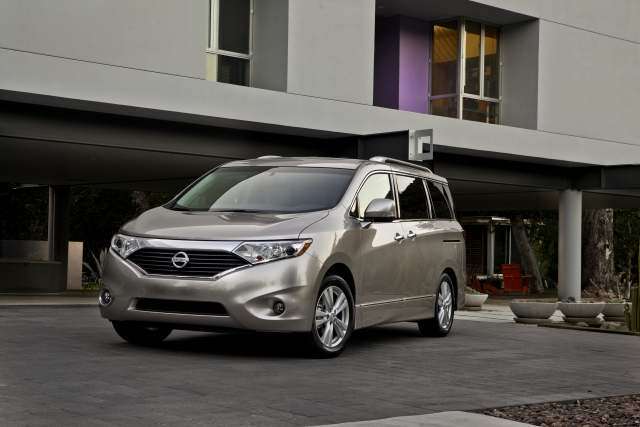 Nissan sponsors a Saturday lunch and gabfest for lifestyle bloggers in California, aiming to fill Twitter with raves about the re-engineered Quest minivan, which is due to be launched early in the 2011 calendar year.
Advertisement

In the mid afternoon of Saturday, December 11, Nissan felt so magnanimous about the family-friendly accommodations in its upcoming, 2011 Quest minivan that the company shot out the tweet, “did you know the @nissanquest has 16 cupholders? That's more cupholders than any other minivan on the market!”

The timing wasn't spontaneous. Nissan felt certain that its bleat would reach a much larger audience than it otherwise would, because at the moment the car maker was sponsoring a flatter-and-feed reception for a group of mommy bloggers in the alluring ocean-side city of Del Mar, CA, near San Diego. The event, called the NissanQuestDrive, feted such bloggers and tweeters as blondemomblog, rockinmama and romyraves. Nissan's apparent strategy was to bloat the audience for snippets of info of the soon-to-be-released, all-new Quest minivan, by creating a forum in which the ladies would pull in their networks of followers. Nissan's own tweet about the cupholders simply joined the established traffic.

Meanwhile, from Twitter account holder Fooyang, the enrapt audience of tweeters took in, “love the van!” From alfmom22 and a number of others who repeated it and sometimes re-repeated it, people learned, in total, that “highpoints included headroom, blind spot monitoring & smooth quiet ride.” Rockinmama thanked LoveThatMax for “speaking with our lifestyle bloggers about parenting.” Sugarjones blurted, “great lunch conversation about being real with your kids.” There was more about those headroom and quiet-ride high points. Romyraves totally agreed with the oft-repeated comment, “has tons to ponder on! That's gals for the honest conversation about how to manage it all!” At about the same time, MintCool declared to who knows how many people, “lunch laughter.” Romyraves thanked “NissanNews for putting together such a top notch experience! So fun & love the Quest.” That bow came immediately after romyraves had informed the waves that she was “sitting in the train station smiling about the fun, laughter and great connections I made at the Quest test drive.”

It's probably correct that the 16 cupholders in the upcoming Quest will set a record. But the number isn't as easy to quantify using the more substantial press material published by Nissan to promote the re-made minivan.

In a press release put out on November 17, 2010, in conjunction with the showing of the 2011 Nissan Quest at the Los Angeles auto show, the company identifies 12 cupholders, four in each of the three rows of seats (after you grant that the six recesses identified in the press release as bottleholders can also be considered cupholders). Above that, the document notes only that cupholders – in an undisclosed amount – will be part of an available, removable second-row console in the new Quest.

Although the fact is not stated, we can assume that the optional console will provide four cupholders, bringing the total to the 16 tweeted by Nissan.

We have to take the number on faith, but we know that it has to be true. The fact was conveyed on Twitter, and we can't believe that anyone would spread uninteresting nonsense on Twitter.