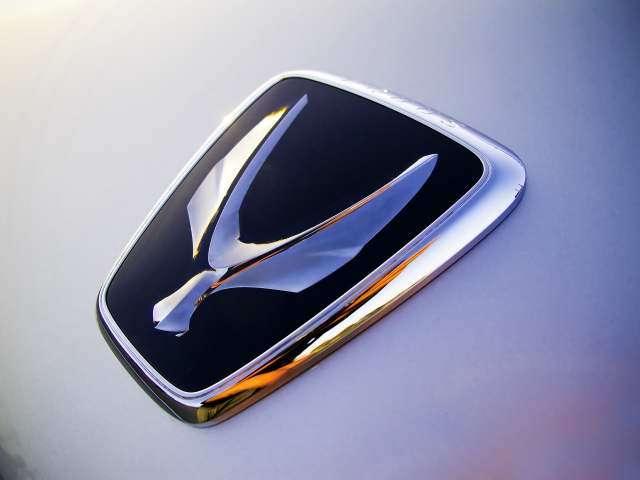 Hyundai has gone public with plans to possibly create a new luxury auto brand in the U.S., splitting its operations and perhaps even establishing an entirely new dealer body to carry its premium models. According to reports in the business press, Hyundai might call the new division Genesis, taking the name from its Genesis luxury sedan launched in 2008. In addition to the Genesis and the new Hyundai Equus, future luxury models could follow the creation of the new division.
Advertisement

Hyundai is the fastest growing consumer car company in the United States. It may also soon possess the newest luxury car brand in America. According to news just published in The Wall Street Journal, the car maker is actively exploring a split that would create a new division, separating its premium models from Hyundai's high-volume, mass-market cars and crossover SUVs.

The news broke yesterday, December 7, in an article at WSJ.com, the online publication of The Wall Street Journal newspaper. Written by Journal reporter Mike Ramsey, the article was based on an interview with John Krafcik, president of Hyundai Motor America and the top U.S. executive of the Korea-based automaker.

Hyundai has dabbled in the American luxury-car market since 2008, when it brought out the rear-drive, five-passenger Genesis sedan. The Genesis became the 2009 North American Car of the Year, named by the jury of car critics that awards the annual distinction.

Now, some Hyundai dealers are preparing for the December arrival of a higher priced, more luxurious new car called Equus. The Equus will be sold by about 250 dealers, qualified from Hyundai's dealer population of about 800 across the U.S.

Priced above $50,000 – more than $25,000 higher than the base price of a Genesis four-door – the Equus nevertheless continues Hyundai's value-oriented approach to the luxury car market. The company promotes Genesis and, now, Equus as equal in quality and amenities to vehicles from well-established luxury brands, but selling for thousands of dollars less, and even tens of thousands of dollars less.

But so far, Hyundai has sold its premium models alongside its middle-brow, high-volume offerings.

Now, according to Krafcik as reported in the Journal, the company is looking at three possible scenarios for creating a new, luxury division. The most likely option is to create a sub-brand called Genesis, with models to be sold in existing Hyundai dealerships, but in a separate area.

Alternatively, the company might keep the current arrangement, whereby premium models are integrated with the broader Hyundai lineup, the article reported. Or it could create a freestanding luxury brand handled by independent dealerships that are separate from existing Hyundai outlets. That would mimic the approach followed by other luxury brands that live under larger umbrellas, such as the Lincoln division of Ford, Acura of Honda, Infiniti of Nissan, and Lexus of Toyota.

The newspaper reported that Hyundai is also looking at expanding its luxury line beyond Genesis and Equus. It could add a four-door sport sedan inspired by the BMW 3 Series, and a premium crossover similar to the Lexus RX.

After the news broke yesterday, I asked a Hyundai spokesman for more details. “We don't have anything to add at this point,” he replied via e-mail.

Currently Hyundai appears to suffer a personality schism with its premium models. The 2011 Hyundai Genesis sedan greets you with an elegantly slatted grille that is styled like a rippling chevron, but the brand logo is conspicuously absent from the model's front end. However, the Genesis sedan's rear carries the brand logo. The two-door coupe version of Genesis displays the Hyundai emblem on both front and back. Media photos of the 2011 Equus show the standard Hyundai badge on the rear, but an entirely new emblem on the hood. The front badge could be interpreted as a winged figure, or perhaps a stylized horse head. The same emblem centers the Equus steering wheel.

The deliberations about a future course for Hyundai's luxury cars clearly aims to resolve the schism.

Hyundai introduced the Genesis sedan in mid-2008 as a 2009 model. Leading up to the launch, a 2008 Hyundai press release stated, “Hyundai aims to shatter premium automobile paradigms with the introduction of its new flagship, the all-new Genesis sports sedan.” The announcement promised that the new model would possess “capabilities and features comparable to the world’s leading premium sports sedans.”

About a year later, in mid-2009, Hyundai brought out a racier, performance-enhanced, two-door version of the premium model. The Genesis Coupe is built on the same, rear-wheel-drive platform as Genesis Sedan, but the Coupe is lower priced. The 2011 Genesis Coupe features turbocharged four-cylinder and six-cylinder versions, with list prices ranging from $22,250 to $32,250. The 2011 Sedan, available with V6 and V8 engines, lists between $33,000 and $43,000.

Due to arrive this month, December 2010, the 2011 Hyundai Equus now becomes the high-level flagship among Hyundai's premium models. The Equus will list from $58,000 to $64,500. Hyundai is pitching the new model against the top-line offerings from Mercedes-Benz, BMW, Audi and Lexus.